Yet More Executive Uncertainty at JD.com

By Isabelle Li and Hou Qijiang 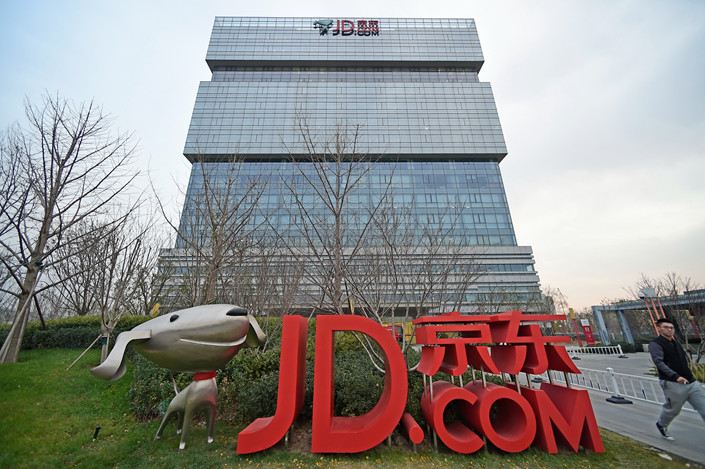 The headquarters of online retailer JD.com Inc. in Beijing on Oct. 16. Photo: IC

The head of JD.com’s 7Fresh supermarket unit Wang Xiaosong will be replaced by an external hire, while the chief of the online retailer’s fashion and lifestyle business Hu Shengli is also going to be transferred to a new position.

Wang Xiaosong, who has headed multiple units since joining JD.com in 2007, will be replaced by Wang Jing, who has over 20 years of experience in the grocery business, according to the Tuesday statement.

The Nasdaq-listed company did not specify who would replace Hu, nor what his and Wang Xiaosong’s new roles will be.

Wang Xiaosong has headed the company’s electronics and fresh food businesses since leaving Walmart 12 years ago to join JD.com.

Hu joined in 2014 as Wang Xiaosong’s deputy at the company’s electronics unit, before being made its head in 2015. A major reshuffle early last year saw him moved to the fashion and lifestyle business.

The company announced in late December the second major overhaul of its internal structure in 2018, dividing the company into three segments each focusing on different things, such as customer services, business support and risk management. The online retailer said the restructuring will help it cope as the sector shifts away from a decade of high-speed growth.

Personnel changes have swept JD.com since then. In February, the company confirmed plans to lay off 10% of executives at the vice president level or above, in order to cut costs.

In its latest attempt to cut costs, the e-commerce giant has also decided to eliminate the base salaries of an unknown number of delivery drivers, leaving them relying on performance-based pay, according to a company statement last Sunday.

The company reportedly began firing staff back in November, while its founder Richard Liu — who still holds most of the decision-making power at the company — was facing potential rape charges in the U.S. Prosecutors in Minnesota decided not to file charges against Liu — also known as Liu Qiangdong — at the end of December, but the scandal shook confidence in the company and sent its stock price tumbling.