In-Depth: The Unsettled Questions of JD.com 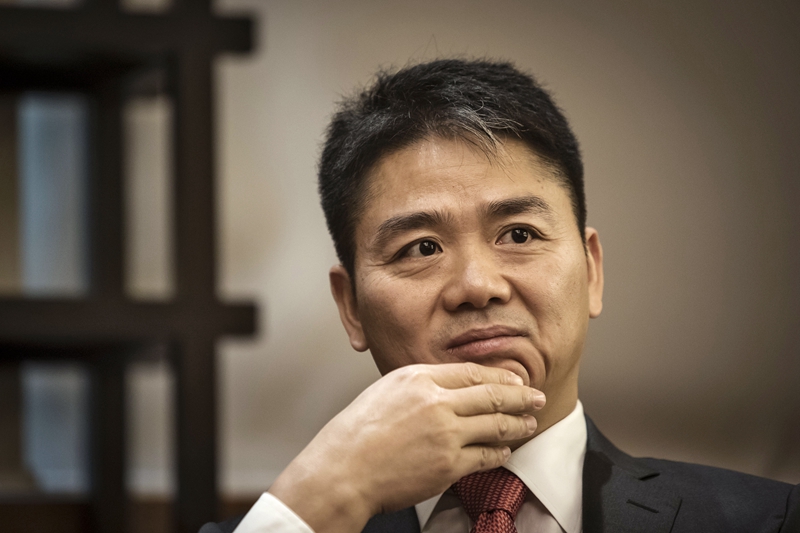 The year 2018 has been a nightmare for China’s 20-year-old e-commerce giant JD.com and its billionaire founder Richard Liu.

Haunted by bad news including weakening sales and a sexual assault scandal involving Liu, JD.com’s Nasdaq-listed shares took a nosedive this year, losing as much as 60% of their value from a January peak. That made it one of the worst-performing Chinese tech stocks on the U.S. market.

JD.com got some relief when Minnesota prosecutors in the U.S. said Friday they wouldn’t press felony rape charges against Chairman Liu because of insufficient evidence, concluding a three-month review of the highly watched case.

Liu, 45, also known as Liu Qiangdong in Chinese, was arrested in Minneapolis, Minnesota, Aug. 31 after a 21-year-old colleague student accused him of rape following a boozy dinner while he was attending a university program. Liu was released the next day without bail and was allowed to return to China.

“This proves I broke no law,” Liu said in a post on social media following the prosecutors’ announcement. However, “my interactions with this woman have hurt my family greatly, especially my wife. … I feel deep regret and remorse,” he said.

But questions in the case remain as the accuser’s lawyer challenged the decision and said prosecutors “never met with or spoke” to the college student.

Jill Brisbois, a U.S.-based attorney for Liu, said his client was “falsely accused” and Liu’s “reputation has been damaged,” even though the prosecutor determined no criminal charges were warranted.

Indeed, the damage has been done for Liu and JD.com. In the first trading day after Liu’s arrest, JD.com fell 6%, the biggest daily drop this year, reducing its market value by $2.7 billion. In the following months, as more details emerged, JD.com lost more than 30% of its pre-scandal market value. The company’s major investors include Walmart, Alphabet’s Google and Tencent Holdings.

“The incident will inevitably affect the market’s assessment of Liu and JD.com as a whole,” said one JD.com investor.

The scandal further shook investors’ confidence, which was already dented after JD.com in the third quarter reported its first decline in active users since 2014, reflecting weakening growth momentum.

Although institutions such as Goldman Sachs have remained positive on JD.com’s business outlook, the earlier sales of JD.com holdings by some of the company’s long-term backers, including Hillhouse Capital and Fidelity Investments, exacerbated concerns among investors.

The rape scandal highlighted JD.com’s lack of a No. 2 executive and exposed corporate governance risks stemming from Liu’s absolute control of the company, some analysts said. Liu holds 15.5% of JD.com, second only to Tencent’s 18%. But he controls overwhelming voting power of 79.5%.

“There is no one” who can replace Liu to run JD.com at the moment, a long-term investor said. This person suggested that the scandal may hurt Liu’s moral image and affect JD.com’s relationship with some partners.

By comparison, rival Alibaba Group has set up a partnership mechanism to distribute decision-making powers among 38 senior executives. With such an arrangement in operation for eight years, Alibaba founder Jack Ma said in September that he will retire as chairman next year and pass the baton to CEO Zhang Yong.

JD.com has yet to set up a leadership transition mechanism, and most of the decision-making powers are still concentrated in Liu’s hands. According to JD.com’s 2017 financial report, the company’s five-member board, which includes three independent directors, would be unable to make any decision in Liu’s absence so long as Liu remains a director. Moreover, the company’s charter doesn’t include any alternative arrangement if Liu or other directors are unable to perform their duties.

A U.S.-based lawyer said this structure underscores JD.com’s exposure to risks related to certain key executives and flaws in its corporate governance.

Liu has made several attempts to decentralize power since 2014, but progress has been slow. In January 2018, JD.com announced a major internal restructuring and named three senior vice presidents to lead three business divisions. In July, JD.com adopted a rotating CEO mechanism for its main business unit, JD Mall, a plan that has been repeatedly delayed since 2014. Chief Marketing Officer Xu Lei was named the first rotating JD Mall CEO.

While awaiting prosecutors’ decision in Liu’s rape case, there were discussions inside JD.com about the next leadership, a former employee told Caixin. Many believe Xu, who joined JD.com in 2009, is the most likely successor, the source said.

In November, Liu tried to pacify investors at JD.com’s quarterly results briefing and said he would focus on new business lines, strategy, corporate culture and team building in the coming year, handing off more-mature businesses to others in the management team.

Hours before the prosecutors’ statement Friday, JD.com announced another internal reshuffle. Several new departments were set up and will report directly to Xu.

Even after Liu was cleared in the U.S. probe, challenges from other fronts still hang over the company.

In November, JD.com reported disappointing results and its first sequential decline in annual active customers since its 2014 listing in New York. Sales for the third quarter of 2018 were 104.8 billion yuan ($15.3 billion), a year-on-year increase of 25%. The gain was less than analysts’ forecasts and fell well below previous growth rates, which reached more than 60% in 2015.

Over the past two years, JD.com has launched a series of asset reshuffles including spinning off its finance unit and logistics business. JD.com intended to empower each unit after the separation with fresh capital injections, but the spinoffs have also sparked concerns of potential erosion of the listed company’s valuation.

JD.com’s ambition in the online finance business is likely to be harder to deliver than it expected. In June, JD.com said its five-year-old finance unit JD Finance raised 13 billion yuan in the latest round of fundraising and was valued at 133 billion yuan ($18 billion). That is just a tenth of the $155 billion valuation of Alibaba’s Ant Financial.

In February, JD.com said its finance service has set up more than 30 partnership to offer data analysis for different industries, but a source close to the company said JD.com lags far behind Alibaba and Tencent in that business.

Meanwhile, JD.com’s long-established strength in logistics faces increasing competition as rivals such as Alibaba’s Cainiao and SF Express continue gaining market share. JD.com spun off the logistics unit in April 2017, and an investor said the company suggested a plan to list the unit separately. But a JD.com executive denied any such plan to Caixin.

In February, JD Logistics raised $2.5 billion in the biggest fundraising in China’s logistics sector. The company was valued at 100 billion yuan. JD.com holds 81.4% of the logistics unit.

In October, JD Logistics CEO Wang Zhenhui said the company will start serving individual customers by offering personal package delivery, a foray to expand its business reach. But that will also lead to direct competition with other courier companies and will require heavier investments, analysts said.

Since 2017, JD.com has initiated efforts to transform its business focus from retail to business services. The company has invested billions of yuan to improve its technology, infrastructure and talent pool.

The rising investments haven’t secured stable profitability for JD.com. Although the company swung to profit under non-GAAP standards in 2016, it reported its first net profit under normal accounting standards in the first quarter of 2017. For three consecutive quarters this year, it has posted losses.