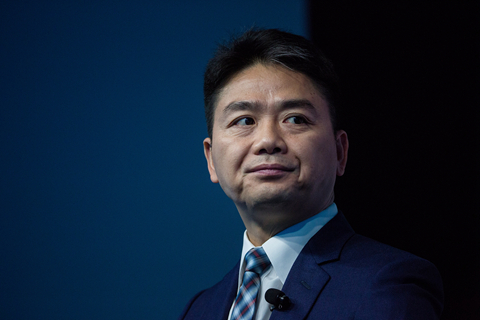 Prosecutors in Minnesota said Friday they decided not to file sexual assault charges against Richard Liu, China’s e-commerce mogul and founder of JD.com after nearly three months reviewing the case.

After a thorough investigation by the Minneapolis Police Department and a meticulous review, prosecutors determined there were “profound evidentiary problems” that would have made it highly unlikely that any criminal charge could be proven, said the Hennepin County Attorney Mike Freeman in a statement.

Liu, known as Liu Qiangdong in Chinese, was accused of rape in late August by a college student in Minnesota. He was arrested in Minneapolis on Aug. 31 but was released 18 hours later without posting bail and returned to China.

Police in Minneapolis concluded their investigation into Liu’s case and passed their findings to prosecutors for possible charges in late September. The Hennepin County Attorney’s Office said Sept. 20 it would review the evidence and decide whether to bring a case against Liu.

“As is the case in many sexual assault incidents, it was a complicated situation,” Freeman said. “As we reviewed surveillance video, text messages, police body camera video and witness statements, it became clear that we could not meet our burden of proof and, therefore, we could not bring charges.”

The college student's attorney said in a statement condemning the decision that the case is another demonstration of the State of Minnesota's “numerous systemic problems” in conducting sexual assault investigations.

Hennepin County Attorney’s Office never met with or spoke to the college student, never tried to speak to her lawyers, and gave her no support, guidance, or warning of their impending decision, said the statement. “Her story will be told,” it said.

The attorney’s office said its three-month review “is not unusual for a sexual assault case, especially one in which no one is in custody.”

“It had nothing to do with Liu’s status as a wealthy, foreign businessman,” the statement said.

Jill Brisbois, an attorney for Liu in Minneapolis, welcomed the decision. “After a thorough investigation, with which he fully cooperated, the declination of charges vindicates him,” said Brisbois in a statement.

Police filings in early September viewed by Caixin indicated that Liu was investigated on suspicion of felony rape, a charge that could have resulted in a jail term of 12 years to 30 years.

Liu was in Minneapolis to participate in a week-long residency at the University of Minnesota for a Ph.D. program. His arrest came 24 hours after he attended a boozy dinner at a Japanese restaurant the night of the alleged rape. One guest, a 21-year-old female Chinese undergraduate at the University of Minnesota, alleged that she was forced to drink alcohol at the dinner and raped by Liu later that night. Liu has denied the allegations.

The scandal added to pressure on JD.com, which has suffered a sliding stock price amid a volatile market. On Sept. 4, the first trading day after the news broke, JD.com booked the biggest daily drop this year of 6%, reducing its market cap by $2.7 billion. JD.com has seen its stock plunge nearly 40% so far since its Aug. 31 closing, widening the loss to more than 50% since the beginning of this year. Shares in JD.com rose over 5% on Friday after the attorney’s office released its decision.

The scandal has also sparked questions on Liu’s leadership of JD.com. On Nov. 19, Liu broke his silence for the first time since the incident saying at JD.com’s quarterly results briefing that he would be focusing on new business lines, strategy, corporate culture and team building in the coming year, handing off more-mature businesses to others in the management team.

In late November, reports circulated that JD.com had launched a round of job cuts, prompting JD.com’s denial. But a former JD.com employee told Caixin that there have been lots of discussion about a potential successor to Liu inside the company recently.

Earlier this month, JD.com’s finance unit, JD.D, underwent a shareholding shakeup, in which Liu’s personal holding dropped to 14.02% from a previous 16.67%, losing his place as the largest shareholder to a limited partnership registered in Liu’s hometown of Suqian in east China’s Jiangsu Province. However, the new biggest single shareholder, which holds 16.13% of JD.D, is still majority-held by Liu, business records showed. JD.com didn’t comment on the shareholding change.