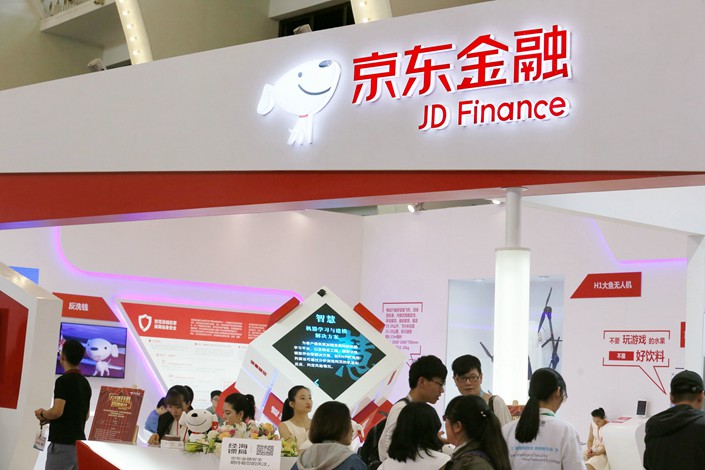 JD Finance’s fundraising plans comes as investors are increasingly eager to get into fintech. Photo: VCG

The financial affiliate of JD.com Inc., China’s second-largest e-commerce platform, plans to raise about 13 billion yuan ($1.95 billion), which would give it a valuation of $19.8 billion.

Investors in JD Finance will include CICC Capital, a unit of investment bank China International Capital Corp.; brokerage China Securities Co. Ltd.; and private equity company Citic Capital, according to a statement (link in Chinese) from JD.com on Thursday. The deal is expected to be completed by the end of September.

With a $19.8 billion valuation, JD Finance would be worth almost triple its value assigned during its first funding round in early 2016, when it raised 6.65 billion yuan from investors that included Sequoia Capital while it was still a part of JD.com.

JD Finance, which JD.com spun off in mid-2017, serves more than 700 financial institutions, including some of the country’s largest banks, such as China Merchants Bank Co. Ltd. and China Minsheng Banking Corp. Ltd.

“In the future, JD Finance will ramp up investments in two areas — digital financial technology and research into user data,” JD Finance CEO Chen Shengqiang said, adding that the company will also push ahead with a global expansion.

The transaction comes as investors have grown increasingly eager to get into fintech — financial technologies and services offered by large internet companies. Last month, Ant Financial Services Group, the payments affiliate of Alibaba Group Holding Ltd., said it has netted $14 billion in its latest fundraising in a deal, which valued it above $151 billion.

As China’s second-largest online retailer, JD.com has long provided its users with financial services such as installment payments and personal credit scores. However, it is expected that JD.com will have a tough time getting into fintech because digital payments are already dominated by Ant Financial’s Alipay and Tencent Holdings Ltd.’s WeChat Pay. As of the fourth quarter of 2017, Alipay controlled nearly 55% of China’s mobile payments market, followed by WeChat Pay’s 38%, according to Beijing-based research firm Analysys International.

Internet search engine Baidu Inc. has also recently ramped up its fintech efforts. In April, the company said it will spin off its financial services unit by introducing several outside investors.