By Fang Zuwang and Jason Tan 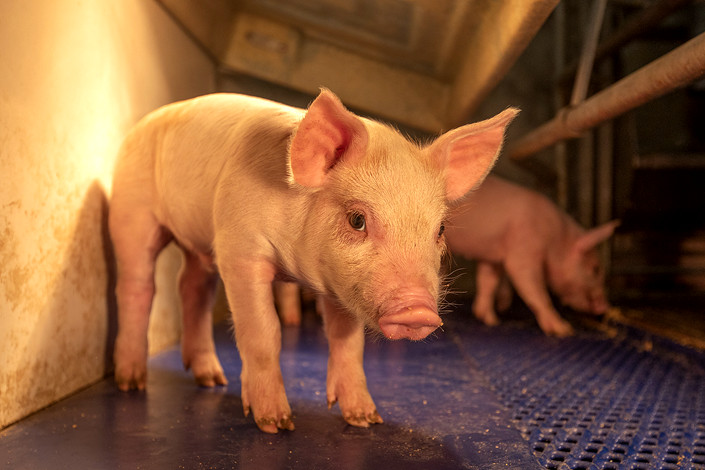 After watching their profits get slaughtered last year during an outbreak of African swine fever, China’s major corporate hog breeders are expected to see their business recover this year as the resulting supply shortage pushes up prices.

Wens Foodstuff Group Co. Ltd., the country’s top hog raising company, reported Wednesday that its net profit last year plunged 40% to 3.96 billion yuan ($589.64 million). That was in line with the forecast it made in January, when the company predicted last year’s bottom line would be in the range of 3.96 billion yuan to 4 billion yuan.

No. 2 breeder Muyuan Foods Co. Ltd.’s profit slumped by 78% to 520 million yuan. In January, the company revised its forecasted profit for 2018 down to between 500 million yuan and 550 million yuan, a decrease of 20% from the profit warning it issued in October.

Hog farmers blamed their slumping profits on the outbreak of African swine fever in China, the world’s largest producer and consumer of pork. Since the disease, which is deadly to pigs but doesn’t affect humans, broke out in August, more than 1 million pigs have been culled in China. There is no cure or vaccine for the disease.

However, hope remains for a turnaround in the market this year. Market watchers said live hog prices are expected to rebound now that the disease has ravaged the output of the country’s vast hog herds.

On March 11, live hog prices in China rose to their highest level in 14 months, hitting 15.09 yuan per kilogram, Reuters reported, citing data from consultancy China-America Commodity Data Analytics. This compares with the average sale price of 13.5 yuan per kilogram in 2018.

Both Sinolink Securities and China Merchants Securities anticipated further tightening of supplies to push up prices. China now has fewer pigs since government measures to tackle the disease pushed smaller farmers out of the business.

Amid the crunch, China Merchants expects live hog prices will hit a record high this year and will remain elevated going into 2021.