BP Bows Out of Fracking in China 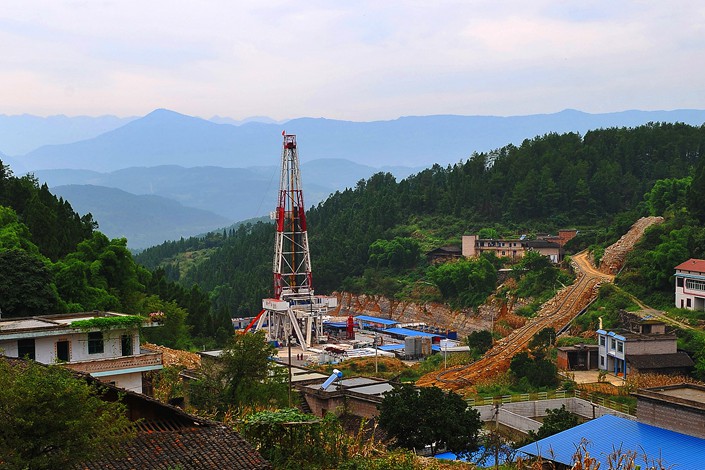 BP PLC is set to stop drilling for shale gas in the southwestern province of Sichuan, becoming the latest international oil major to quit such a project in China.

BP is joining other international oil and gas giants including Exxon Mobil, ConocoPhillips, Royal Dutch Shell and ENI, that have stopped fracking — which refers to the use of high-pressure liquid to blast through rock to extract oil or gas — for shale gas in China.

Earlier last month, BP Chairman Helge Lund said in an interview with Caixin that the company is “carefully” developing projects in China.

Last week, BP CEO Bob Dudley told Caixin that the Sichuan projects faced “great challenges” because of the complex geology of the region. Unlike the U.S. shale reserves that have driven that country’s energy revolution, China’s tend to be located much deeper underground and in less accessible, mountainous regions.

BP used fracking technology from its shale developments in the U.S. for the Sichuan projects, according to CNPC.

With BP bowing out of China, the country’s shale gas sector will be further dominated by two large state-owned energy companies — CNPC and China Petroleum & Chemical Corp. In 2018, China produced a total of 10.8 billion cubic meters (381.3 billion cubic feet) of shale gas. A government plan for the sector aims to have production hit 30 billion cubic meters by 2020.

David Kirton contributed to the story