What Does March's Positive Data Mean for the Economy? 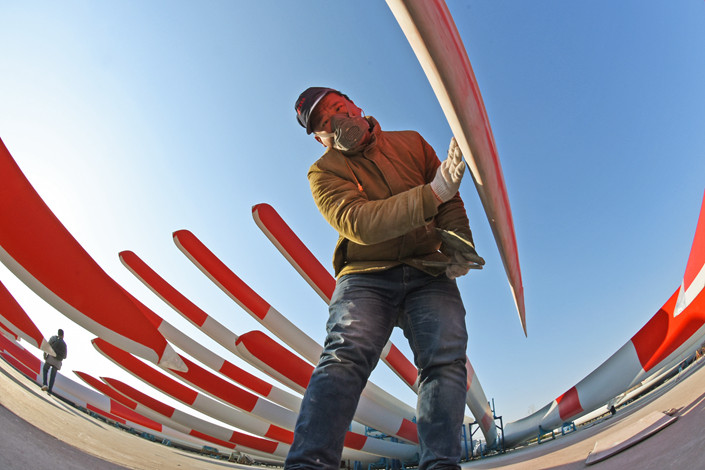 *March’s strong economic data, ahead of the release of official GDP figures for the first quarter, raised hopes that the Chinese economy could be turning a corner after a period of lackluster growth

(Beijing) — In China, March usually brings heightened economic activity as the effects of the Lunar New Year holiday fade and warmer weather allows construction to resume on many worksites.

But the strong economic data for the last month exceeded market expectations, raising hopes that the Chinese economy could be turning a corner after months of sluggish growth, ahead of the Wednesday release of first-quarter growth figures and March activity data.

The official manufacturing Purchasing Managers Index (PMI) released by the National Bureau of Statistics (NBS) jumped 1.3 percentage points to 50.5 in March, signaling expansion for the first time in five months, while the Caixin China General Manufacturing Purchasing Managers’ Index rose to 50.8 last month after contracting for three straight months. A reading above 50 indicates expansion, while a reading below 50 shows contraction.

Exports of goods rose 14.2% year-on-year in March, compared with a 20.7% decline in February, according to data released by the General Administration of Customs last week.

Nevertheless, analysts remain cautious about what the data from March portends for the rest of the year. A median forecast by economists polled by Bloomberg suggests first-quarter growth will have slowed to 6.3% year-on-year from 6.4% in the previous quarter, while analysts from UBS expect it to dip as low as 6.1% to 6.2% year-on-year.

“It’s not surprising that production picked up noticeably in March,” Chen Jianheng, a fixed-income analyst at CICC, told Caixin. Chen said the main reasons for the stronger data this year were the timing of the weeklong Lunar New Year public holiday, and the effect of cuts to value-added tax.

The period around Lunar New Year, also known as Spring Festival, is traditionally marked by lower activity as workers head home to celebrate the holidays and businesses are shut for multiple days. “Because 2019’s Spring Festival was at the start of February, its negative effect on production was concentrated in February, resulting in weaker data that month, while pushing up March’s month-on-month expansion,” analysts from Guosheng Securities Co. Ltd. said in a note.

Additionally, loosened liquidity conditions have improved the financing environment for small and medium-sized enterprises, which is reflected in a PMI rebound for the small and midsize enterprises in March, according to Wang Han, chief economist at Industrial Securities. NBS data showed that the PMIs for small and midsize companies gained 4 and 3 percentage points respectively last month from February, although they remained in contraction territory.

The timing of certain policies has also contributed to the strong data in March, said Zhong Zhengsheng, chief economist of CEBM Group, a subsidiary of Caixin Insight Group. One major factor was the earlier issuance of local government bonds, which kick-started infrastructure construction ahead of the usual schedule.

“The improved momentum of economic growth in March is due largely to the correction of excessive pessimism in the previous period by businesses and households,” Zhong said in a recent piece for Caixin. “At the same time, it benefited from the low base last year and the earlier kickstarting of infrastructure.”

The data from March “is still not a starting point for substantial improvement of growth momentum,” he added.

Local governments were allowed to use part of their annual bond quotas earlier than usual this year — in the first quarter — after China’s top legislature passed a bill in December green-lighting the issuance of 1.39 trillion yuan worth of bonds before the release of an official 2019 quota in March. The move, aimed at boosting slowing growth, was reflected in a 2.5 percentage point jump in the construction industry sub-index of the official PMI, according to Zhong.

Meanwhile, China’s value-added tax rate for manufacturers was cut from 16% to 13% in April, which could have prompted companies to increase the purchases of raw materials in the spot market in March in an attempt to sell the commodities later to take advantage of the tax break. Such moves pushed up the inventory sub-index of the PMI, according to CICC.

Market observers Caixin spoke to generally agreed economic data would rebound in March due to a low base marked by environmental regulation and production restrictions the previous year, as well as promising signs from the ongoing U.S.-China trade negotiations. But it’s unclear if China is currently experiencing short-term stabilization or the beginning of a medium- to long-term recovery.

“After the relative downturn in 2019, the Chinese economy shows signs of initial recovery, but it remains to be seen whether it will stabilize,” Zhong said.

“Improving prospect of a trade deal with the U.S. and likely rebound in U.S. growth should also help lead to better exports growth in the coming months,” UBS said in a report, predicting that growth will continue to rebound sequentially in the second quarter.

But external demand is still weak, according to CICC’s report. On April 2, the World Trade Organization lowered its forecast for global trade growth this year from last September’s forecast of 3.7% to 2.6%.

Ultimately, exports, real estate, and automobile consumption will probably remain sluggish, according to Lu Ting, chief China economist at Nomura. Lu said there was limited room for the manufacturing PMI to rise and that it may even fall again, with the economy experiencing only a mild recovery in the second half of the year.

One market source told Caixin they believed the recent stabilization was mostly the result of short-term policy changes, rather than a fundamental change in China’s development model. A sustainable recovery is unlikely without substantive results from reform, the source said.