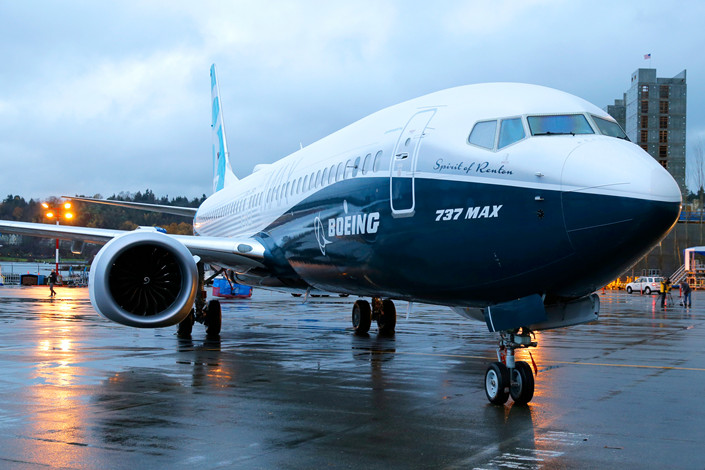 CAAC grounded all Boeing 737 Max jets in China last month citing safety fears after the second deadly crash by that type of aircraft in five months. CAAC official Xu Chaoqun did not give a timeline for the resumption of flights.

China was the first of many jurisdictions to ground the jets after an Ethiopian Airlines flight crashed on route from Ethiopia to Kenya on March 10, killing all 157 people on board.

The U.S. jet-maker filed an application on March 15 via the FAA to obtain an airworthiness certificate from the CAAC. On April 2, the CAAC received the application from the FAA, which sent Boeing’s application to eight other countries, according to CAAC.

Boeing is working on a software update to correct problems with the Max ’s anti-stall system, which was identified as a factor in both the Ethiopian Airlines crash and one last year by a Lion Air flight off Indonesia. The crashes killed nearly 350 people combined.

CAAC will send two delegates to attend an FAA review panel that is expected to be held later this month, Xu said.

Chinese airlines operate 96 out of the 350 Boeing 737 Max 8 models the company has delivered around the world — more than any other country.

Earlier this month, China Eastern Airlines Corp. Ltd. said it has filed to Boeing a general compensation claim for losses regarding the grounded planes. The Shanghai-based state-owned carrier operates a total of fourteen 737 Max jets.

The details of the claim are unclear, but questions remain over who will foot the astronomical bill for parking the grounded planes. In China, airports charge airlines between $20,000 and $40,000 per day to park an aircraft.

If the review process stretches out it will likely result in still greater losses for Boeing, which may wind up bearing the majority of these costs, a securities analyst specializing in airline stocks told Caixin.