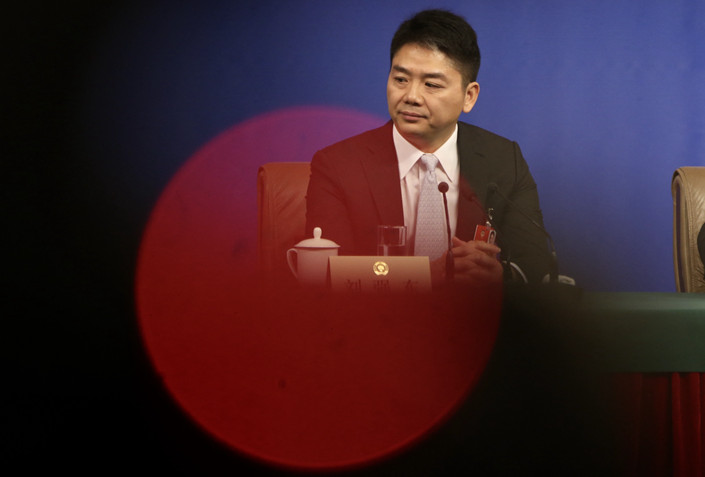 Nearly four months after prosecutors in Minnesota decided against filing criminal charges against JD.com founder Richard Liu, the Chinese billionaire is facing a civil lawsuit filed by the student who last year accused him of rape.

The plaintiff, Jingyao Liu, who at the time of the incident was a 21-year-old undergraduate at the University of Minnesota, filed a civil lawsuit Tuesday in Hennepin county, Minnesota, against Richard Liu and the e-commerce giant JD.com Inc. The suit, categorized as a personal injury case, is seeking significant compensatory damages as well as punitive damages.

Minnesota prosecutors said in late December they decided not to press felony rape charges against Richard Liu because of insufficient evidence, concluding a three-month review of the highly watched case. Prosecutors said they had concerns in proving the case “beyond a reasonable doubt.”

Prosecutors have recently said they are open to revisiting their December decision not to charge Richard Liu if they are provided with “compelling additional information,” according to a statement Caixin obtained from Florin Roebig P.A., one of the law firms representing the plaintiff.

Richard Liu, 45, also known as Liu Qiangdong in Chinese, was arrested in Minneapolis on Aug. 31 after being accused of rape following a boozy dinner during a university program he was attending. He was released the next day without bail and was allowed to return to China.

According to a complaint filed Tuesday in a Hennepin county court, Jingyao Liu accused Richard Liu of raping her in her apartment after a business networking dinner with more than a dozen male Chinese executives, Bloomberg reported. After police arrived at the apartment to investigate, Richard Liu allegedly tried to intimidate her in an exchange recorded on the officers’ body cameras, leading the plaintiff “to fear not only for her own safety but also for the safety of her family in China.”

Richard Liu, JD.com, and their attorneys have denied any wrongdoing.

“We have not yet reviewed the complaint and are not going to comment on pending litigation,” Richard Liu’s attorney Jill Brisbois said in a Tuesday statement. “But based on the Hennepin County Attorney’s declination to charge a case against our client and our belief in his innocence, we feel strongly that this suit is without merit and will vigorously defend against it.”

Peter Walsh, an attorney for JD.com, said the company is not in a position to comment at the moment but “will vigorously defend these meritless claims against the company.”

Attorneys for Jingyao Liu, who had remained anonymous until the lawsuit was filed on Tuesday, said they would continue to seek justice in the matter.

Haunted by bad news including the rape allegation against Richard Liu, JD.com’s Nasdaq-listed shares took a nosedive last year, losing as much as 60% of their value from a January high. The Chinese tech giant’s stock price rebounded in late December after prosecutors announced they would not file criminal charges.