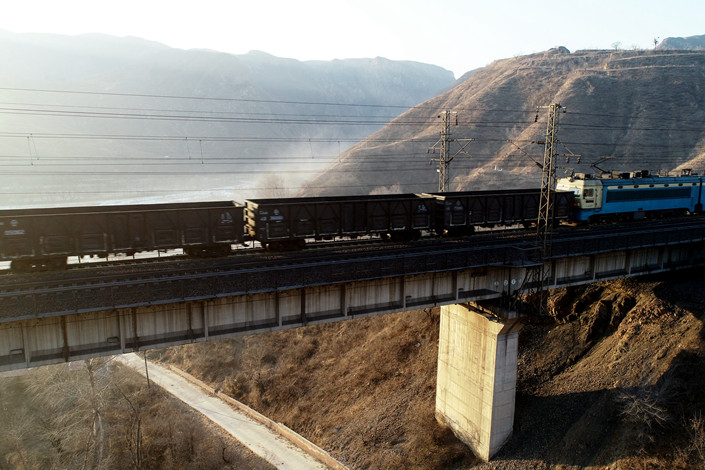 China’s national railway operator has slashed the price of transporting coal and ore along certain routes in northern China, as growth in its cargo business shows signs of slowing.

The state-owned China Railway Corp. (CRC) said a 30% cut to its standard freight rate would apply to shipments of coal and ore on some rail lines in Shanxi, Shaanxi and Shandong provinces, according to an internal company document viewed by Caixin on Wednesday.

The rate reduction comes after the operator last week reported its cargo shipments rose 2.9% year-on-year to 799 million tons in the first quarter. This was down from a 7.3% increase in the same period last year.

A source at CRC speaking on condition of anonymity said that a decline in the volume of coal being transported by rail has been a major factor in this slowdown. The source said that currently the coal price at the point of production is higher than the price at ports.

One of the railways on which the rate has been cut — the Shanxi-Henan-Shandong railway that runs from China’s coal-mining heartland to the coast — has recently seen ramped up purchases of trains, especially those with greater power capacities.

The authorities are pushing for companies to use rail transport as much as possible, rather than road transport, to curb air pollution.

The railway operator aims to increase its annual freight volume to nearly 5 billion metric tons by 2020, an increase of 30% from last year’s figure. The plan aims to have CRC ship up to 2.8 billion metric tons of coal, or 75% of the country’s total shipments of the fossil fuel, annually by 2020.