By Fang Zuwang and Han Wei 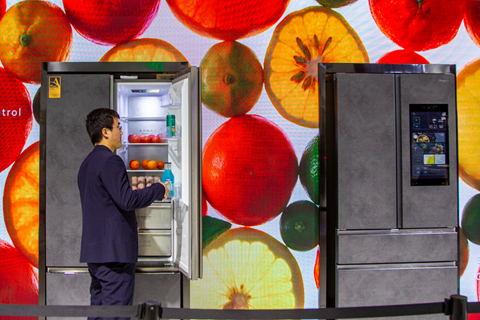 China is considering new subsidies to encourage household purchases of home appliances as part of a policy package designed to expand domestic consumption to bolster the economy.

The central government subsidies would apply when purchases of home appliances ― including refrigerators, washing machines, air conditioners and televisions ― meet certain energy-consumption, environmental and technology criteria. Subsidies for a single item would be as much as 13% of a product’s price tag but no more than 800 yuan ($120) per item, according to a document from a top industry policy-setting body viewed by Caixin.

The proposed policy, drafted by the National Development and Reform Commission, aims to promote measures to expand domestic consumption. The document also outlined plans to relax controls on the issuance of car licenses in major cities and encourage electric-vehicle purchases to shore up the slowing auto industry.

The world’s second-largest economy expanded 6.6% in 2018, the slowest pace since 1990, triggering a series of pro-growth policies such as liquidity injection and heavier fiscal spending. Signs of stabilization have appeared this year, with first-quarter growth exceeding analysts’ expectations at 6.4%.

Official data indicated slowing sales of traditional home appliance since last year. Some analysts have forecast that the industry may suffer its first annual decline this year in 10 years amid the cooling economic growth and slowing property sales. Voices began calling earlier this year for the government to revive subsidies for household-appliance sales that were used during the Financial Crisis a decade ago.

In a separate development, the NDRC Wednesday issued a circular to launch a national survey on major home-appliance makers’ product offerings and sales. Several industry sources said the survey is likely to be a preparation for the possible subsidies.

Caixin learned that the powerful NDRC is collecting comment from industries and government departments on the proposed measures, and it is unclear when the document might be issued as a formal policy.

In January, the NDRC along with several other ministries issued guidelines saying local authorities should encourage households to buy new appliances by offering subsidies, especially in rural areas. But the guidelines didn’t include detailed arrangements or funding.

Liang Zhenpeng, an independent household appliance-industry analyst, said the January document was an initiative without a mandate, so it was not implemented nationwide.

Several local governments have taken steps to subsidize the appliance industry. In late January, the Beijing municipal government announced three-year subsidies for 15 types of products ranging from 8% to 20% of purchase prices. Authorities in Zhejiang, Hunan and Hebei also said they have been studying related policies.

The investment bank China International Capital Corp. (CICC) said in a research note Wednesday that sizable subsidies will encourage more families to update their appliances and will spur sales, but the industry is looking for more details.

If implemented, the subsidy policy would be a good news for the industry as it will have a significant impact on the industry’s growth, said a spokesperson of e-commerce giant Suning.com.

While welcoming the news, an official at television maker Konka Group said the subsidy policy should be carried out in a more targeted manner to truly promote products that are more efficient and environmentally friendly.

Between 2007 and 2013, China launched massive subsidies to encourage home-appliance sales, including subsidies for rural buyers, replacement purchases and energy-efficient products, as part of an economy stimulus package. Thanks to the generous subsidies, China’s home appliance sales surged to 1.3 trillion yuan in 2013 from 532 billion yuan in 2007, according to the National Statistics Bureau.

But some analysts said a new round of subsidies will have a much weaker effect as the country’s home-appliance market moves toward saturation.