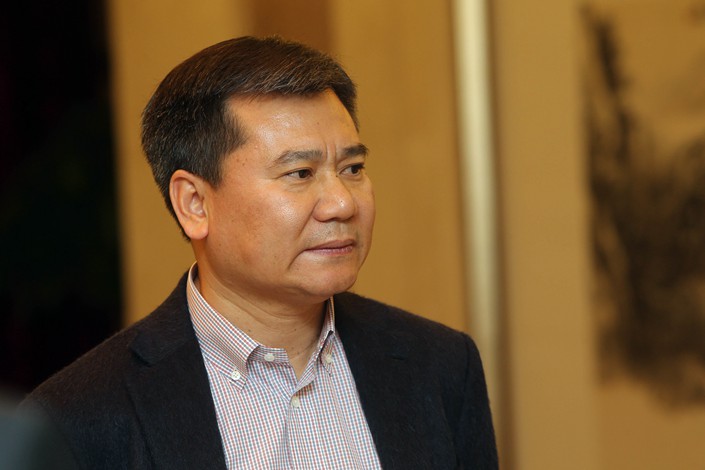 Data privacy, artificial intelligence, and more home appliances in rural areas — that’s what the heads of major consumer and tech giants are pushing at the ongoing “Two Sessions,” the annual parliamentary meetings of China’s main legislative and political bodies.

Robin Li, CEO and co-founder of Baidu Inc., called for more research into the ethical implications of artificial intelligence (AI), and for the formulation of global AI principles. He said as the technology has advanced, misunderstandings have arisen about its potential human cost.

While much concern has focused on whether AI is safe and controllable — and its potentially disruptive impact on the workforce — Li said the purpose of AI should be to assist and aid people, not replace them. Some groups have drawn attention to the danger of utilizing AI as a weapon, and this is why certain areas of research should be forbidden, Li said.

The chief of China’s largest search engine said it was a time of “great opportunity” for China’s potential to develop AI, due to the high level of financial support both domestically and internationally, talented human capital and access to large data pools.

Baidu has been focusing on AI research and development, as well as self-driving technologies, with its main search engine business dwindling in the recent years.

Home appliances for the countryside

Suning Holdings Group Co. Ltd. chairman Zhang Jindong proposed promoting the sale of household appliances in rural areas through government subsidies. He added that the efficiency of the procedure for rural households to claim such subsidies should be improved.

Zhang’s proposal came as Beijing pushes for a new round of domestic consumption incentives announced at the end of November, placing more emphasis on unleashing the spending power of rural households. The latest plan is seen as a signal a second campaign will be mounted to bring more electrical appliances to the countryside.

The first campaign, put forward in 2008, saw nearly 300 million home appliances worth more than 720 billion yuan ($107.47 billion) in revenue sold over its four years of operation. It cost the national coffers around 90 billion yuan in subsidies.

However, Zhang said the products subsidized in the first round were limited to things like TV sets, fridges and washing machines. As rural incomes grow, the government should expand how many products are subsidized, he said.

Zhang also urged the government to innovate the process of reimbursements. He suggested that as the internet became widely available in rural areas, online claims processes as well as electronic coupons could serve as more efficient alternatives to traditional paper applications.

Suning is a retail specialist in household appliances both online and offline. This is the ninth time Zhang has put forward proposals regarding rural development at the “Two Sessions.”

Over the last few years, data breaches have been discovered at many Chinese and Western tech companies, raising security and privacy concerns globally, Ma said on the sidelines of the CPPCC meeting on Sunday. He added that Chinese people are also growing increasingly aware of the issue.

Ma said there was a “contradiction” between data protection and data usage, saying too much focus on the former would leave companies unable to make the best use of their data pool to precisely target users and improve the user experience.

Early last year, Tencent’s own ubiquitous messaging app WeChat, which boasted more than 1 billion monthly active users, was accused of snooping on their private messages. The country’s largest social media and gaming giant has since denied that it read or stored conversations.

Ma said internet companies should not collect excessive amounts of user data and only do so when necessary. He added that users should be told how their information is kept and processed.