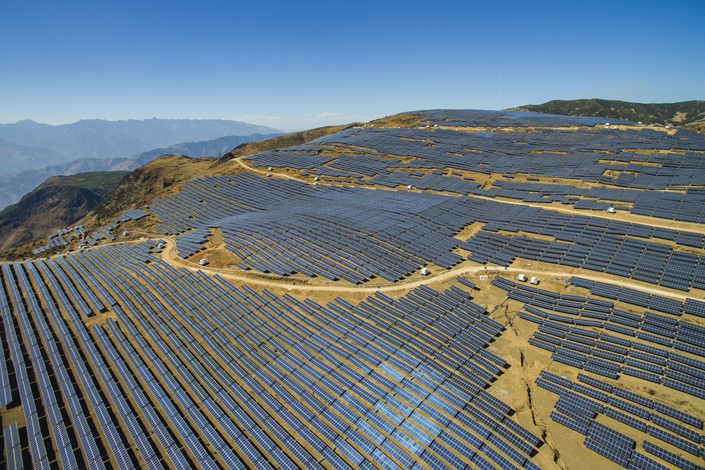 As China’s top politicians, business and social leaders gather in Beijing, the chairman of one of the country’s largest solar companies has called on the government to introduce a renewable energy quota system as a matter of urgency, while the boss of a major power generator said his company is looking to invest in the country’s ultra-high voltage electricity grid.

It comes as many solar producers face difficulties due to a major backlog on up to 60 billion yuan ($8.96 billion) of subsidy payments for solar projects, which comes after the quantity of added solar capacity outpaced the funding to support it in recent years. Nan said that Chint is owed billions in arrears, and said that he proposed the government set up more efficient mechanisms to ensure renewable subsidies are collected and distributed.

The government said last year that it would phase out subsidies for new solar plants in what became known as the ‘531 Policy,’ sending shockwaves through China’s solar industry. The 60 billion yuan backlog remains on older projects, however, putting several solar power companies under financial strain.

Nan also proposed that the government move to introduce a green certificate market, another tradable asset that indicates the renewable origin of the energy generated, and called for more efficient collection and distribution of renewable energy subsidies.

The same afternoon, CPPCC member Shu Yinbiao, chairman of China Huaneng Group Co. Ltd., one of China’s big five state-owned power generators, told Caixin that his company is looking to actively participate in investing in and developing the nation’s ultra-high voltage (UHV) transmission lines after the grid operator, State Grid Corp. of China, said in December it would allow outside investment in the energy system.

Also known as State Grid, the company runs roughly 88% of China’s energy grid and has pioneered UHV lines as a way to transmit electricity relatively cheaply and efficiently over China’s vast span, but such lines remain expensive to build and maintain. In addition to exploring outside investment in the UHV system, the company said in December that it would consider mixed ownership reforms that would allow outside investment to take shares in its distribution and trading arms.

Shu was formerly the chairman of State Grid but was transferred to Huaneng in November, so he is familiar with the company’s workings. He also said that his company is looking to increase its renewables generation and is investing substantially in developing cutting-edge nuclear power plants as part of its energy offerings.