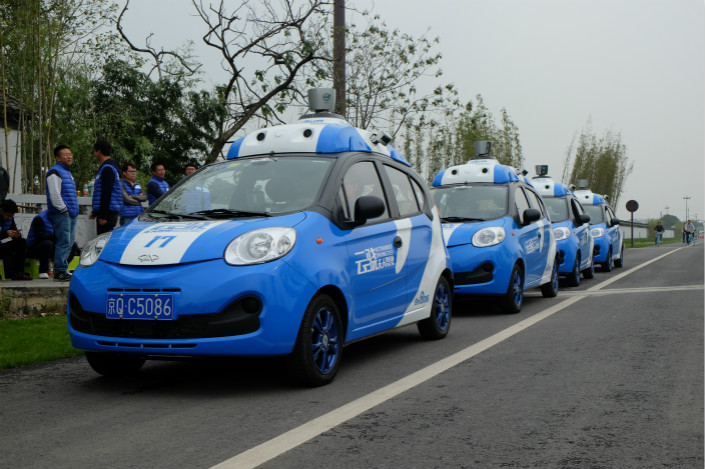 Driverless cars will operate on public roads within five years, and people will discover they are safer than human-operated cars, said the CEO and co-founder of Baidu Inc., often called "China’s Google," during the 2018 China Development Forum in Beijing.

Economic growth driven by the “Internet Plus” policy — referring to a strategy to integrate mobile internet, cloud computing, big data and the internet of things with modern manufacturing — is hitting a wall, and China will need to look for new drivers such as artificial intelligence (AI) to maintain momentum, Robin Li said.

Each of the last five years, the growth of internet users was below gross domestic product growth, so demographic dividends are fading, Li said. There is also a cap on how much time people can spend on the internet, which cannot grow unless the population grows, he added.

China, however, is especially well-positioned to be a world leader in AI, Li argued. In addition to favorable government policies, Li said, the country has two major comparative advantages — talent and data.

“Chinese people are very diligent. They think working a couple of extra hours is no big deal. I think this will help China’s future development,” Li said.

Talent is expensive, but Chinese companies are willing to spend the money, Li said. In general, when Baidu recruits someone from Silicon Valley, the company offers them 15% more compensation. If Baidu employees want to move to Silicon Valley, the company usually decreases their salary by 15% because the firm sees the market as being in China, so being based in the country is more productive and efficient.

In terms of data, China has more than 700 million internet users and their activity online has produced a vast amount of data, Li said. These users also speak the same language, like the same culture and follow the same laws, he said, so the data they generate are especially well-suited to training machines.

Li said Baidu is aware of the need to safeguard user information. China has become increasingly more aware of privacy issues and has been enforcing related laws.

However, “Chinese people are more open and less sensitive about privacy issues,” Li said. “If they are able to trade privacy for efficiency or convenience, in many cases, they are willing to do this,” he said.

“China has a strong government that has fully realized the potential of AI,” Li said.

Recently, Beijing announced it has opened over 65 miles of public road for autonomous driving testing, months after the Chinese capital became the first city to issue a rule that legalized such practice.

Following Beijing’s move, Shanghai also announced in February that it will give the green light for public road testing of autonomous vehicles in the city.

Baidu was the only company granted one of Beijing’s first batch of licenses to conduct open road tests in the capital.