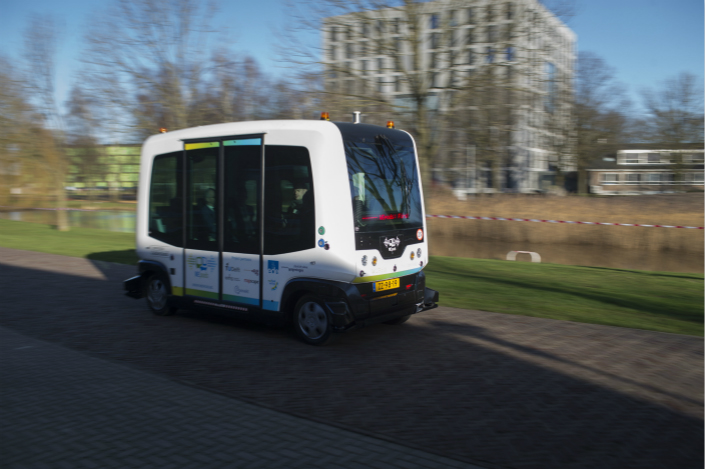 Beijing has become the first Chinese city to allow road tests of autonomous vehicles, a move that follows increasing pressure by industry executives who have long urged the country to reduce regulatory hurdles for the technology.

The cars will still need a driver, according to a new rule issued Monday by the Beijing Municipal Commission of Transport. The vehicles also must have both an autonomous driving mode and manual driving mode to ensure that a person can take over the wheel “under necessary circumstances.”

The government has identified autonomous cars as one of the key sectors in its “Made in China 2025” program, unveiled in 2015. But despite the government push, the country remains in the slow lane for road-testing driverless vehicles because China’s existing laws haven’t allowed it.

Companies that hope to take an early lead in the sector have so far been operating in a legal gray area. In July, Baidu Inc. CEO Robin Li raised eyebrows when he tested an autonomous vehicle on Beijing’s Fifth Ring Road with his hands off the wheel. The stunt caught the attention of city authorities, who subsequently threatened to investigate.

Others are heading to the U.S. for the tests. Last month, Chinese automaker Changan Automobile Co. Ltd. received clearance to test autonomous vehicles on public roads in California.

Industry executives have called on Beijing to clear regulatory obstacles as soon as possible, arguing that for the vehicles to run on China’s congested roads, the companies will need more testing experience to create a larger database than one they can create in the U.S.

Now that Beijing municipal authorities have given a green light to testing in the city, experts are optimistic that a national plan will soon emerge.

“Beijing’s new rule — whose standards parallel U.S standards — represents a milestone step for the industry,” said He Shanshan, an industry legal expert at the Beijing-based Haotian law firm. She said that other cities, like Shanghai, Chongqing and Shenzhen, may follow suit in the coming months.

Meanwhile, the Ministry of Industry and Information Technology said in September that it is working on regulations to permit driverless car companies to conduct tests on public roadways.

A source close to the ministry told Caixin that an outline for such rules has been completed, but there was not yet a clear timetable for its completion.