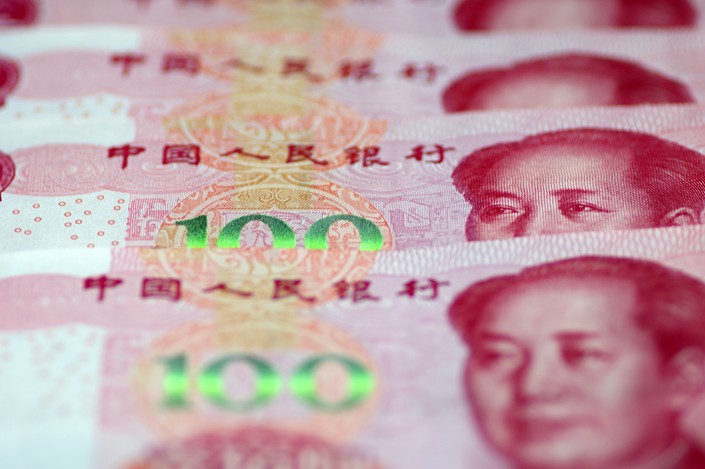 If a mid-year boom cycle emerges, a bull market can be expected after the third quarter. Photo: IC

China began to see more relaxed monetary policy, heightened market expectations and a rebounding stock market this year. The real economy also began to show signs of bottoming out. But China’s monetary policy still faces a dilemma between stabilizing growth and moderate leveraging. Opinions vary concerning questions such as to what extent the central bank will inject liquidity, and whether it will cut the reserve ratio and interest rates in the near future.

I predict that, as long as the economy performs within expectations, the reserve ratio will be cut twice this year, though not in April. The central bank will accelerate market-oriented interest rate reforms by unifying rates and phasing out the benchmark lending rate. Monetary policy will remain steady, and targeted structural policy tools are preferred to address particular issues instead of pushing strong stimulus policies that would have an economy-wide impact. China will only see a bull market in the latter half of 2019 when a new boom cycle emerges.

The reserve ratio should go down twice this year, but not in April. With the real economy stabilizing and fiscal policies gaining traction, monetary policy has less pressure to stabilize growth. In February, the producer price index showed signs of stabilizing. Power generation and cargo volume also rose faster this year. Both the official and Caixin purchasing managers' indexes (PMIs) expanded far beyond expectations in March, strongly indicating that the economy was bottoming out. Fiscal policies are also exerting notable effects this year, with a 2 trillion yuan ($298 billion) cut in taxes and fees and increased local government bond quotas underway. Active fiscal policies have, to some extent, relieved the burden of monetary policy to stabilize growth.

The reserve ratio cut is not urgent as far as market liquidity is concerned. Last year, the central bank cut the required reserve ratio (RRR) five times by an accumulated 3.5 percentage points, followed by another 0.5 percentage point cut in January. China’s M2 growth jumped to 8.6% in March, and outstanding total social financing (TSF) was up 10.7% from a year earlier. Considering the influence of policy, firms’ improved demand for loans and active house sales in major cities, credit growth is expected to rise further. In the short term, a reserve ratio cut will not be urgently needed to boost liquidity.

To lower actual interest rates, the central bank aims to accelerate market-based rate reform and unification. The benchmark lending rate is likely to be abolished in the latter half of 2019. After the main lending rates were marketized, the market rates have increasingly departed from the benchmark rates in recent years. Since the benchmark rate is mainly correlated with mortgage rates and lending rates for large state-owned enterprises, lowering the benchmark rate will hardly have any effect on the financing costs for private firms and small and midsize enterprises (SMEs). Besides, unifying rates emerged as one of the central bank’s key focuses in 2018. More efforts are expected this year.

As inefficient monetary transmission mechanism remains unimproved, rate cuts may only attract more funds to the fictitious economy. Borrowing costs in the real economy have been reduced after greater financing support for private firms and SMEs. The average yuan lending rate in the fourth quarter of last year dropped by 0.31 percentage points from the previous quarter. The remaining question is how to effectively divert money from banks into the real economy, which is not necessarily related to the decreasing benchmark rate. Given the rising house sales in major cities and stock market rebound, interest rate cuts may cause the economy to overheat and property prices to soar, which is against the goal of steady monetary policy.

It is unrealistic to resort to old measures such as increased leveraging and large-scale investment stimulus to boost growth. With a low marginal product of capital, large-scale stimulus to spur infrastructure and property investment will have limited effect and worsen developmental imbalances. Despite a year-on-year drop, China's macro-leverage ratio in 2018 still neared 250%. Structural debt issues are exemplified by huge implicit local government debts, relatively high corporate leverage ratios and residents’ debt-to-income ratio. Consequently, there is not much room for more macro leverage. That current monetary policy remains relaxed is only to ease the stress in the money market following deleverages and stricter supervision in the financial system. It is highly unlikely that the central bank will adopt strong stimulus policies that would have an economy-wide impact.

Instead, the central bank will use more structural policy tools. Rather than tight liquidity, the current problem is the ineffective monetary transmission mechanism that holds back funds from flowing into the real economy. Private companies and SMEs still struggle with financing. The central bank will stick to structural monetary policy tools adopted last year, such as targeted medium-term lending facility and central bank bill swaps, and gradually switch to price-based monetary policy adjustments by market-based interest rate reforms.

The stock market rebound between last October and the two sessions this year was the result of improved expectations and revived confidence. Since last October, China has seen rapid policy adjustments, and stabilizing growth has become the main target. In November, President Xi vowed to unswervingly support the development of private enterprises and SMEs. During the two sessions, the government announced a 2-trillion tax-and-fee cut and increases of deficit-to-GDP ratio and local government bond quotas. Meanwhile, China-U.S. trade talks have progressed and likely reach concrete agreements. As a result, market confidence revived and the stock market rallied.

More recently, the stock market will stay in consolidation mode. On the one hand, the real economy has shown signs of stabilization and the recovery prospect is supported by policies. On the other hand, fiscal policies do not take effect immediately. The foundation for economic recovery is also unsteady, provided that the PMI sub-index for new export orders is still below 50 and car sales remain low. Therefore, the stock market is highly unlikely to surpass 3,500 points, or fall below 2,800, any time soon.

If a mid-year boom cycle emerges, a bull market can be expected after the third quarter. The fiscal stimulus is notable for its rare scale. We estimate that the actual deficit ratio will hit 6.5% this year, much higher than last year’s 4.7%, and that the 2 trillion yuan tax and fee cut will prominently boost investment and production, raising GDP growth by about 0.6 percentage points. Social financing and loans are also growing fast, suggesting that deleveraging is giving way to stabilization. As various policies gradually take effect and China-U.S. trade agreements are reached, a new boom cycle may kick off in the middle of 2019. Only then, with strengthened investor confidence, can the stock market cast off its shackles and soar.

Yan Se is an associate professor at the department of applied economics under Peking University's Guanghua School of Management. He is also the deputy head of the National Center for Financial Research with the university.