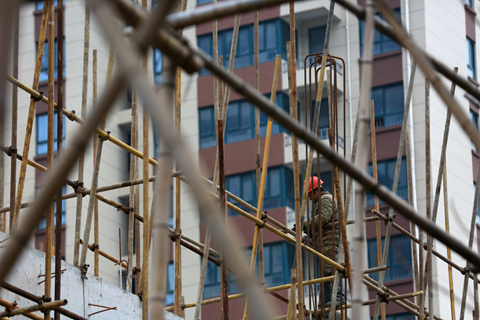 China's top decision-makers are shifting focus away from more stimulus and back towards structural reform after positive economic performance in the first three months of 2019, say analysts.

Though the domestic economy was still “under downward pressure,” activity in the first quarter of the year was “better than expected,” said a meeting of the 25-member Politburo chaired by President Xi Jinping, according to the official Xinhua News Agency.

China reported 6.4% growth in the first quarter on Wednesday, up from 6.3% growth in the October-December period and ending a three-quarter-long slowing streak in the world's second largest economy. Gauges of investment, industrial output and consumption also hit multi-month highs, according to data released the same day by the National Bureau of Statistics.

An emphasis on stability that had dominated previous Politburo meetings was lessened in last week's, with the phrase to “stabilize employment, the financial sector, foreign trade, investment and market expectations” dropped. Such changes in wording are closely scrutinized for clues on policymakers' priorities.

Research reports from Citibank and UBS both said that on the back of such positive indicators for quarterly economic activity, the need for further loosening measures has diminished significantly, and instead structural reforms could accelerate.

New easing measures are unlikely, with government focus likely to be on already announced policies such as tax and fee cuts instead, said Wang Tao, the head of Asia economics and chief China economist of UBS Investment. If credit growth is stronger than expected in the second half of 2019, and most liquidity starts flowing into stocks or real estate, then the government might implement slight tightening of policies, she said.

China has taken a series of pro-growth measures over the past months to bolster slowing growth and mitigate trade war pressures, including a string of bank reserve requirement cuts, fiscal stimulus through tax cuts, and more infrastructure spending. Both the International Monetary Fund and the Organisation for Economic Cooperation and Development have warned China that excessive stimulus could undermine the country's attempts to deal with financial risks.

The meeting indicated policymakers are looking to deal with deep-seated reform issues, according to Zhu Zhenxin, executive president of the Reality Institute of Advanced Finance. The meeting said that “downward pressure” on the economy was caused less by cyclical factors and more by “structural” and “systemic” ones, points out Zhu, who says that this wording — which has not been used in previous Politburo meetings — may indicate the government is eyeing root and branch-style reforms.

The meeting also used an often-repeated phrase that “housing is for living in, not speculation,” soon after stronger-than-expected March data indicated China's real estate may be heating up on the back of credit growth and looser property buying restrictions. However, the meeting also referenced a policy that different cities should regulate their own property sectors, meaning any kind of once-size-fits-all response is unlikely, says Guo Yan, an analyst at GF Securities Co. Ltd.