By Ke Baili and Zhang Yu 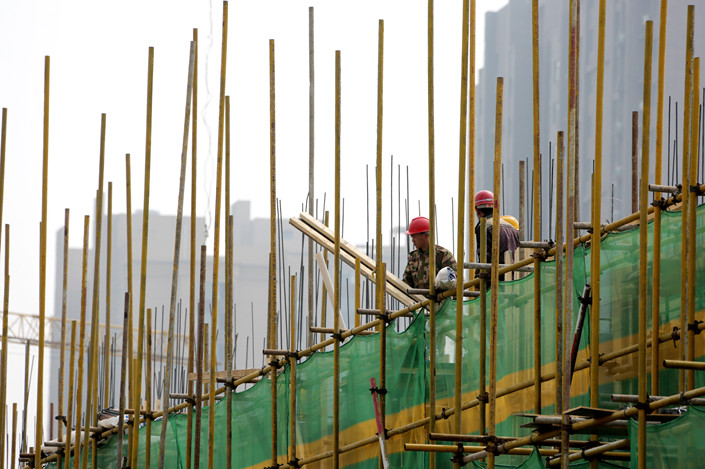 There is increasing international concern that China's efforts to prop up growth amid weakening domestic demand and a trade war with the U.S. could undermine the country's crackdown on financial risks.

China's stimulus measures could increase corporate debt and reverse progress made in deleveraging the economy, according to a report from the Organisation for Economic Cooperation and Development (OECD), a club of rich countries. The International Monetary Fund raised similar concerns earlier in April.

The world's second-largest economy has taken a series of pro-growth measures over the past months to bolster slowing growth and mitigate trade war pressures, including a string of bank reserve requirement cuts, fiscal stimulus through tax cuts, and more infrastructure spending.

China has already announced stimulus efforts in 2019 could be worth as much as 4.25% of its GDP, according to the OECD report, compared to 2.94% of gross domestic product (GDP) in 2018. Propping up growth through infrastructure investment, a tactic China used on a massive scale in response to the global financial crisis of 2008, would help in the short term but increase imbalances in the economy, leading to weaker growth in the medium term, the report said. It also recommended China avoid directing credit to already-indebted state-owned enterprises and local governments.

Last week the IMF raised its forecast for China's GDP growth to 6.3% from 6.2% for 2019, but similarly warned against excessive stimulus, saying that the country's vulnerabilities “remain elevated.” Looser monetary and credit policies could ultimately “raise risks to financial stability,” it said.

China's economy grew 6.4% in the first quarter of 2019 according to data released by the National Bureau of Statistics (NBS) on April 17, beating expectations. Gauges of investment, industrial output and consumption also hit multi-month highs.

China's leaders have repeatedly said that the country will not resort to massive stimulus.