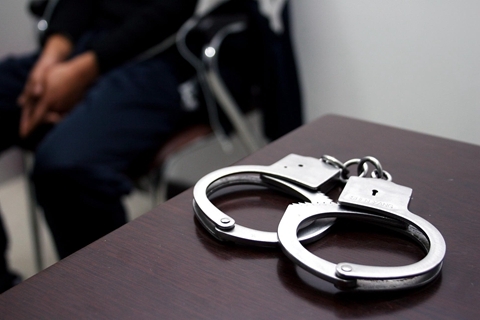 Earlier this month, when a migrant worker in Guangdong saw a police car approaching his construction site, he said to himself, “They must be coming for me.”

They had come for him not because he was an illegal migrant worker. They had come because of the WeChat account he had set up in 2017, and the content he had posted about his hometown, which is located a thousand miles away in Yunnan province.

That WeChat content was an outpouring of the worker’s anger at what he called the “corruption,” “absence of rule of law,” and the general “dirtiness” of his Yunnan hometown, called Zhenxiong.

The Zhenxiong police had traveled this great distance, two years after the man’s social media postings, to detain him for his "uncouth" behavior, and to bring him back to Zhenxiong.

The worker — whose name is not being used to protect his identity — said the initial spark that set him off was when, in 2017, in Zhenxiong, a person rode a motorbike across fresh paint on a road, and he was stopped and beaten by local authorities.

The man heard about this incident, and his resentment boiled over. So he set up a WeChat account, which he called “Zhenxiong Micro News,” where he weighed in on the local area and its problems. He also uploaded lyrics of a song that criticized local authorities.

And now, two years later, he was brought back to Zhenxiong, and detained for two weeks, and then released. He later told Caixin that police asked whether anyone had paid him to post the content, and demanded him to explain what he meant by calling Zhenxiong “dirty.” In something that could have come out of Monty Python, the police even pleaded with him to see “the good aspects” of the area, he said.

It is not clear why the police traveled 1,000 miles, two years after the critical posts, to arrest the worker.

But the man had some new complaints to pile onto the local authorities.

“They don’t manage staff (who misbehave), but traveled across provinces to arrest me. Not solving problems but ‘solving’ us who find the problems. That’s how they’ve always done it,” adding that he would sue the government.