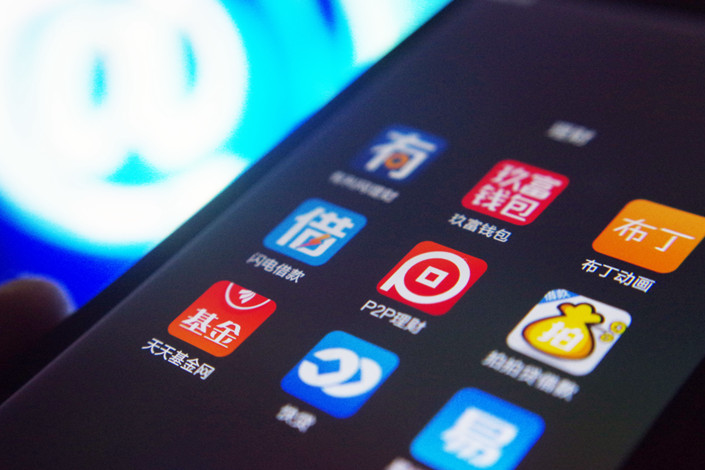 There were thousands of P2P lending platforms operating in China during the industry's peak in 2015, but that number since has dwindled to 910. Photo: IC Photo

China’s peer-to-peer (P2P) lending platforms are rushing to increase their registered capital in preparation for new rules that have yet to be officially announced.

Multiple companies in major Chinese cities have raised their registered capital over the 500 million yuan minimum that regulators are expected to soon require of “nationwide platforms,” Caixin has learned. The requirement is part of a pilot registration program for a monitoring system that could be rolled out as soon as the second half of 2019, sources told Caixin earlier this month.

Chinese regulators are in the midst of a years-long crackdown on P2P platforms aimed at lowering financial risk and protecting mom and pop investors lured by the platforms’ promises of higher interest rates. The industry, which reached a peak in late 2015 with thousands of platforms in operation, has experienced so many collapses that only 910 online platforms have continued to operate normally, according to 01Caijing, an independent internet finance consultancy.

How China fought to contain financial risks from online lenders

In addition to requiring platforms to have a minimum amount of registered capital, regulators will require the capital to be paid-in, and to come from shareholders’ own money instead of entrusted or leveraged funds, the sources told Caixin.

Jimu.com currently has only 200 million yuan in paid-in registered capital, and it’s still unclear where the remaining 800 million yuan will come from.

Smaller platforms that are considered “regional” rather than “national” will be allowed to register with a minimum paid-in registered capital of 50 million yuan, but lenders and borrowers who use these platforms must be restricted to a particular locality.

Reports of the upcoming rules have caused many smaller companies to brace for difficulties ahead, multiple industry insiders told Caixin.

“Previously, 80% to 90% of platforms were asking how they can register smoothly, but since the 2019 Spring Festival (in February), everyone is now preparing for a smooth exit,” Zhang Yu, deputy secretary of the Beijing Internet Finance Industry Association, told Caixin.