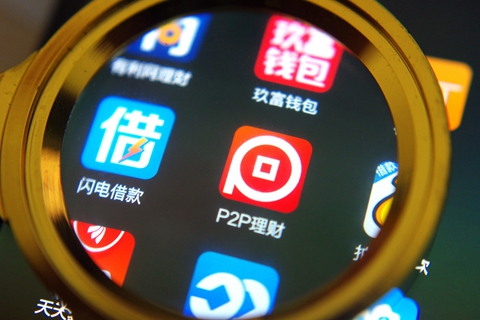 Shutdown continues to be the key word for China’s peer-to-peer (P2P) industry in 2019.

The first batch of 58 P2P platforms were asked to shut down, a person at a Shenzhen-based P2P platform told Caixin, but that number hasn’t been confirmed by regulators. According to P2Peye.com, a P2P lending platform-tracking website, there are 139 operating P2P platforms in Shenzhen, of which 58 have less than 100 million yuan of outstanding loans.

Shanghai-based research organization Yingcan Group projects that across China, as few as 300 P2P firms will survive by the end of 2019. China’s P2P industry saw a wave of collapses last year as the online lenders grappled with liquidity problems and investor anger amid authorities’ strengthened oversight.

More than 80% of China’s 6,200 P2P platforms have now either closed or encountered serious difficulties, reflecting factors ranging from take-the-money-and-run schemes to poor investments, according to Yingcan.

An official at the Shenzhen Municipal Financial Development and Services Office who asked not to be identified disclosed that all of the P2P platforms asked to shut down are lenders in operation with a certain scale, unlike the zombie platforms on which the Hunan provincial government recently cracked down.

In November, Hunan became the first province to shut down dozens of P2P platform. Of the 53 P2P lenders it ordered closed, at least half were zombie platforms that failed three years ago.

As part of the nationwide crackdown, authorities in the eastern city of Hangzhou have also shut down a group of smaller platforms that had less than 100 million yuan in loans.

A person close to the Beijing government told Caixin that the capital city would start its cleanup work after the Chinese New Year holiday. Any P2P lenders with outstanding lending balances of less than 50 million yuan wouldn’t be allowed to renew their licenses. About 90% the P2P lenders currently operated in Beijing will be ordered to shut down, local media reported.

Huo Xuewen, chief of Beijing's Financial Supervisory Bureau, said Sunday that the government hasn’t set a goal on how many P2P lenders will be shut down but that city authorities would follow a document issued last August by the Internet Lending Financial Risk Management Working Leadership Group. The document consists of 108 queries, including whether platforms raised money from investors for their own use and provided illegal loans to controlling shareholders or affiliates.

A self-review by P2P firms will be completed this week, and the government is expected to complete a regulatory inspection by the end of March, Huo said.