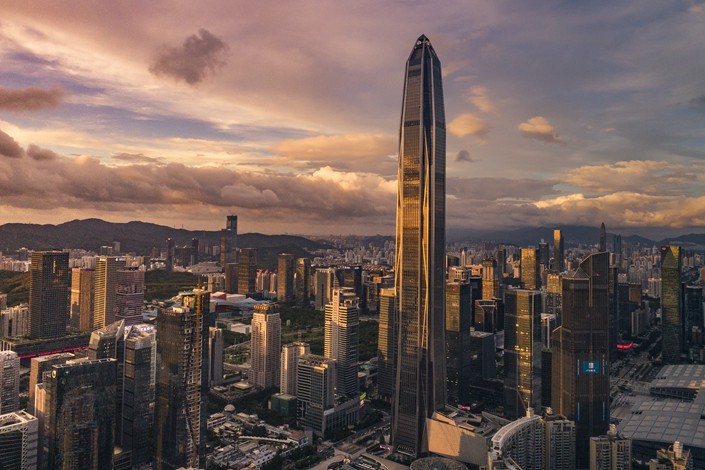 The Shenzhen Internet Finance Association has introduced stricter rules for online peer-to-peer (P2P) lending platforms, as the embattled industry rushes to meet a national deadline to do more to regulate itself.

The association’s new rules aim to curtail recruitment of P2P investors on local platforms and curb the establishment of more offline branches, it said in a notice (link in Chinese) issued on Thursday.

The Shenzhen Internet Finance Association, a self-regulating industry body backed by the local government, has also prohibited P2P platforms in the city from increasing their balance of outstanding loans they handle as intermediaries, or from changing their shareholders or actual controllers, according to the statement. Furthermore, any shareholder that owns more than a 5% stake in a platform will have to divest shares in excess of 5%.

Such shareholders have to remain reachable and — if they work for the companies — are forbidden from quitting during the inspection period.

Shenzhen’s new regulations are tough, Zhang said. “The new self-inspection measures are too strict, especially the limitations on new investors,” she said.

She noted that this was the first time that authorities have sought to restrict the number of investors in P2P platforms, which she predicted would hurt the business and kneecap its growth.

The industry’s move to more strictly regulate itself came amid concerns that turmoil in the P2P lending industry could destabilize the financial system, Zhang said. “They don’t want the platforms to expand too much and involve too many lenders as this might cause systematic risk,” she added.

The rules are indeed very strict, said a source working in a P2P platform in Shenzhen. She said that it’s hard for P2P lenders to survive if they can’t bring in new investors and expand their businesses. “It’s a good thing for the industry regardless,” she said. “The players in the industry will be more compliant with regulations.”

Shenzhen has had a lot of problematic P2P platforms, and the government has moved to clear out the unqualified ones, said Ouyang Liangyi, professor of HSBC Business School in Shenzhen.

Regulators across China have worked to bring the loosely regulated industry to heel after a string of scandals and fraud. As of last month, more than 5,200 P2P platforms nationwide have had difficulties meeting cash withdrawal demands, have seen their owners abscond with investor funds, or have been investigated by police, according to a report by Wangdaizhijia. In November, the number of P2P platforms still in business fell by 25 from the previous month to 1,181.

In addition to Shenzhen, other local governments are taking action to rein in the sprawling sector. Authorities in the eastern city of Hangzhou have shut down a group of smaller platforms that each had less than 100 million yuan in loans on the books. If other local governments take the same measure, it would affect more than 60% of the P2P platforms in China, Wangdaizhijia said in a research report (link in Chinese).

In response to the national regulatory guidelines, authorities in South China’s Hunan province last month released a list of 53 P2P platforms (link in Chinese) that have been banned. In August, Beijing’s financial regulator ordered P2P lenders under its jurisdiction to account for the problems and risks in their businesses.