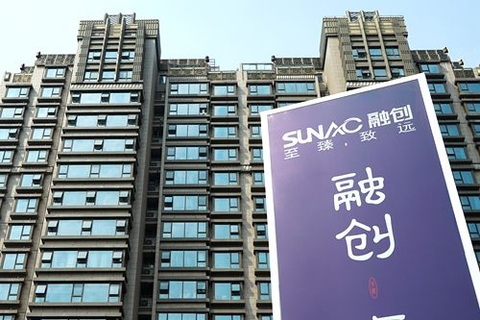 Sunac China Holdings, one of the country’s biggest property developers, paid 15.2 billion yuan ($2.26 billion) for four plots in Wuhan, the capital of the central province Hubei, expanding its bets on large cities amid signs of market revival.

Sunac topped all Chinese developers in land purchases so far this year with a total of 66.5 billion yuan spent on 78 parcels, among which 67 plots are in second-tier cities — large and medium cities such as provincial capitals like Wuhan.

Analysts said China’s property market performance will diverge (Link in Chinese) sharply between large and small cities this year. While housing markets in big cities are expected to revive, transactions in smaller cities may slow further, they said

The four plots purchased by Sunac in Wuhan are all designated for both residential and commercial development. They are among 10 plots sold Wednesday in Wuhan for a combined 22.8 billion yuan, moderately higher than the total asking price of 19.8 billion yuan.

Lu Wenxi, an analyst at broker Centaline Property Agency, said the land market in some of China’s more than 30 first- and second-tier cities has started to warm up since February as market liquidity improves and local governments in several cities eased controls on home purchase to bolster the cooling market.

Lu said the land market will maintain rebound momentum during the first half this year. Cities including Hangzhou, Guangzhou and Wuhan have led the revival.

Sunac Chairman Sun Hongbin said in March that the company has remained cautious in land purchases as he thought the land market in many Chinese cities has been overheated. But Sun said Sunac will “absolutely make deals when there are good opportunities.”

In January, Sunac agreed to pay rival Oceanside Holdings 12.5 billion yuan for two parcels of land in Beijing and Shanghai in one of its biggest acquisitions in years.

Sunac has shown a growing appetite for land in second-tier cities this year, including Chongqing, Tianjin and Qingdao. The company made 86% of its land purchase expenditures this year in such cities, according to Centaline.

China’s housing market showed signs of slowing in 2018 after years of breakneck growth. In 2018, major developers’ sales grew by 33%, down from 54% in 2017 amid tightened regulations and a cooling market, Hong Kong-based China Merchants Securities International Co. Ltd. said in January.

The market has slowed most in smaller Chinese cities. Over the first two months of 2019, the amount of floor space sold on average in the country’s third-tier cities declined 19.3% year-on-year to 230,000 square meters, according to the China Index Academy, a real estate research institute.