China to Invest $3.4 Billion in Dubai for Trading Initiative 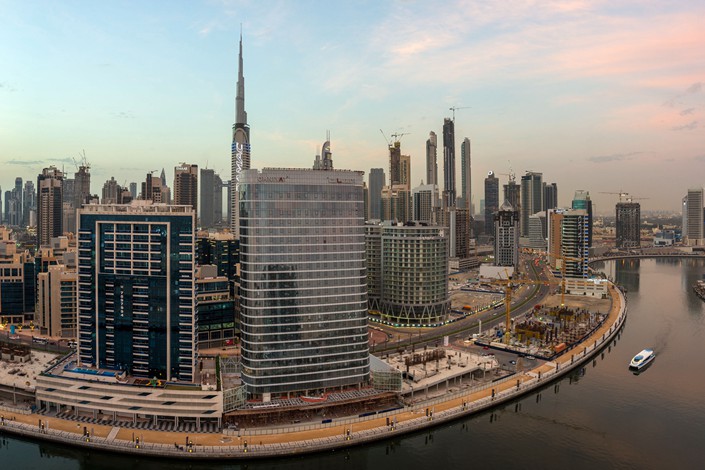 The country will invest $2.4 billion in a 60-million-square-foot (5.6-million-square-meter) operation that will be used to store Chinese products for shipping around the world, Dubai ports group DP World said in a statement on Saturday, citing Sheikh Mohammed Bin Rashid Al Maktoum, ruler of Dubai.

“It will include wholesale and retail outlets that help enhance regional and international trade,” according to the statement. DP World has also signed an agreement with China to create a $1 billion project in Dubai to import, process, pack and export agricultural, marine and animal products.

The United Arab Emirates has been seeking Chinese investments, and companies from the Asian country invested $300 million in Abu Dhabi’s industrial zone in 2017. China Cosco Shipping Corp. agreed in 2016 to spend $738 million on a new port in Abu Dhabi.