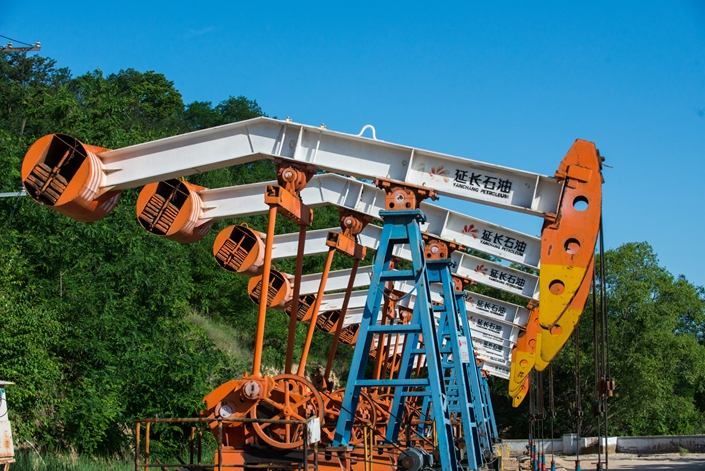 A corruption investigation into a former provincial Communist Party chief has shed light on the childhood friend who followed him across the country and earned a fortune through deals with a local state-owned oil giant.

Yu Wei, chairman of chemical-maker Shaanxi Haian Industry Co. Ltd., was detained as part of the investigation into Zhao Zhengyong just days after the former chief of Northwest China’s Shaanxi province fell from grace in January, Caixin has learned from multiple sources with knowledge of the matter.

The Communist Party’s top graft watchdog announced in mid-January that Zhao had been placed under investigation for “serious violations of law and discipline” — a phrase that usually refers to corruption. The former party chief of the resource-rich region was the first provincial-level official to fall in 2019 to Beijing’s sweeping, years-long anti-corruption campaign.

During his tenure, Zhao pushed Shaanxi to develop its energy, machinery and technology sectors to catch up with wealthier provinces to the east. Caixin has learned that Yu — a hometown friend of Zhao’s who followed him from East China’s Anhui province to Shaanxi — was able to earn a fortune through deals with Shaanxi Yanchang Petroleum (Group) Co. Ltd., an oil company controlled by the Shaanxi provincial government.

Specializing in oil and gas exploration, Yanchang Petroleum ranked 288th in last year’s Fortune Global 500 list with revenue of $38.9 billion, making it one of China’s five largest oil companies. It controls three listed companies, one in Hong Kong, another in Shenzhen and a third in Shanghai.

“Yu Wei’s company Shaanxi Haian set up a joint venture with Yanchang Petroleum, and earned hundreds of millions of yuan from the oil group. One could say that Yu was the private business owner who has made the most money from Yanchang,” a Yanchang Petroleum source told Caixin.

Sources told Caixin that most of Haian’s revenue comes from providing products and services to Yanchang Petroleum.

According to public information, Shaanxi Haian was established in January 2008, and at that time Yu controlled 51% of its shares. He transferred all of his shares to a relative in 2015, but remains its chairman and is still the actual controller of the company.

Caixin reported on Saturday that two former chairmen of Yanchang Petroleum have also been detained as part of the the Zhao investigation over the last few months.

Sources say that one of the pair, Shen Hao, was responsible for Yanchang beginning to use Haian’s products on a large scale from 2011 onwards — the same year Zhao became Shaanxi’s governor. Shen, who was Yanchang’s chairman from 2007 to 2015, was detained in early February.

The 66-year-old chemical company boss and the fallen official are both from the Anhui city of Maanshan. Sources told Caixin that Yu and Zhao’s families had known each other for a long time before the two became friends in their adolescence, and that their wives are also close friends. Early in his career, Yu worked for the Anhui government, but later went into business and established a number of companies in Shaanxi and in the southern boomtown of Shenzhen.

Sources told Caixin that Yu’s connections were common knowledge at Yanchang and that his nickname was “head of underground organizations.”