Another Day, Another Chinese Developer Gets Into Electric Vehicles

By Wei Yiyang and Isabelle Li 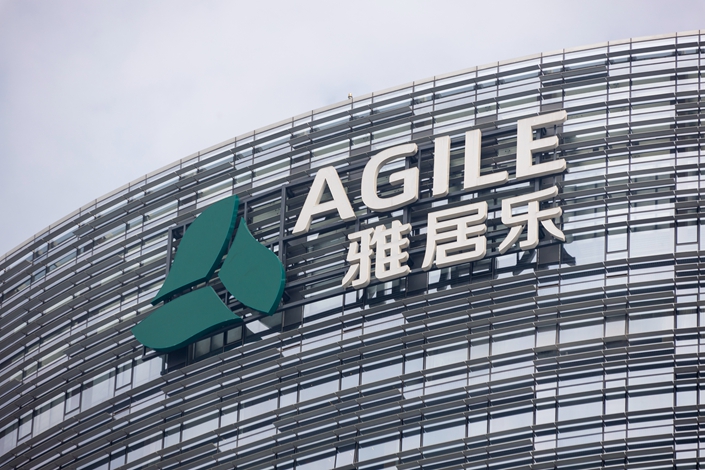 Another Chinese property developer wants to get into the country’s fast-growing electric vehicle (EV) industry, this time by taking a stake in an EV services firm backed by Hong Kong’s richest man Li Ka-shing.

Real estate developer Agile Group Holdings Ltd. has bought more than HK$200 million ($25.48 million) worth of shares through a subsidiary in WE Solutions Ltd., according to Caixin’s calculations based on the latter company’s statement.

WE Solutions, which is based in Hong Kong, issued 400 million new shares to Agile at the price of HK$0.51 per share, 5.15% higher than its Wednesday closing price and around 12% higher than its average price in the previous five trading days in Hong Kong, according to the statement. The purchase gives the Guangzhou-based Agile a 5.89% stake in WE Solutions’ enlarged share base.

The booming electric-auto market has attracted several other big Chinese real estate developers, including Evergrande Group, Baoneng Group and Country Garden. China is the world’s largest new-energy vehicle market, accounting for more than half of global electric-vehicle sales in 2017.

Before this latest investment, WE Solutions had received the backing of several Chinese billionaires besides Li Ka-shing, including Li Dongsheng, founder and chairman of electronics giant TCL Group; and Justin Ho King Man, the son of a former Macao chief executive.

The two companies plan to explore research and development of new-energy vehicle technologies and products, WE Solutions said. Most of the new funds will be spent on these collaborative projects.

Agile is optimistic about the prospects of the EV industry, said a representative from Agile, who noted the deal is more or less just a financial investment at this point. The two companies will remain open to further collaboration.

There is no public information of Agile having any prior experience in the electric vehicle business.

Taking a stake in the new-energy vehicle sector allows developers to tap a booming new market while potentially making it easier for themselves to win local land deals, Song Sing, a real estate analyst at the China Development Institute, said in a previous interview.

Developers have found it increasingly difficult to acquire land for purely residential development amid the government’s campaign to keep once-runaway growth in the housing market under control, Xiao Wenxiao, an analyst at the real estate market research institute CRIC, said in a previous interview. Local authorities often try to attract developers and boost their local economy by offering plot of land with industrial development requirements.

While taking a stake in the new-energy vehicle industry offer benefits to developers, the heated competition in the industry also makes such acquisitions risky.

Many of the companies springing up today are weak performers that are likely to be forced out of the market in a few years, said Fang Jianhua, president of a state-backed new-energy vehicle investment fund.