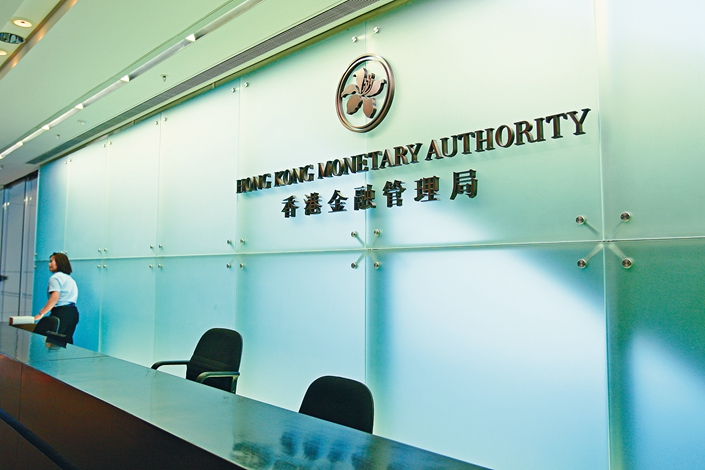 This brings the total of authorized online-only banking operators in Hong Kong to eight — seven of which are backed by internet or financial companies from the Chinese mainland. Earlier this year, the HKMA, the special administrative region’s de facto central bank, granted virtual bank licenses to four companies, including those separately backed by Bank of China (Hong Kong) Ltd., JD.com Inc. and Standard Chartered Bank (HK) Ltd.

These virtual banks intend to launch services in six to nine months after obtaining the licenses, according to the regulator’s announcement. Currently, the number of licensed banks in Hong Kong has increased to 160.

The launch of the eight virtual banks is widely seen as a significant shake-up in the city’s banking industry, allowing tech companies to compete with traditional brick-and-mortar lenders. The move also marks a key step for Hong Kong to enhance the city’s position as an international financial hub, said HKMA CEO Norman Chan Tak-Lam in a March statement when the regulator granted the first virtual bank licenses.

As early as 2000, the HKMA had released guidelines about the setup of virtual banks and the corresponding requirements. At the time, only banks and other financial institutions were allowed to apply for the licenses, but at the end of the day no institution really set up a virtual bank.

In September 2017, Hong Kong unveiled an initiative that aimed to push the city into a “new era of smart banking” with measures including setting up virtual banks that could focus on serving retail clients and small and midsize companies, according to an HKMA statement. The banking regulator also said that it would consult with the industry to review and amend the 2000 guidelines.

That led the HKMA last year to release a revised virtual bank guide to allow technology companies to deploy virtual banks in Hong Kong. Under the new guide, a new virtual bank needs to have at least HK$300 million ($38.2 million) in capital, including paid-up share capital and balance of share premium, and needs to set up at least one physical office in Hong Kong. The HKMA also requires virtual banks to scrap any requirements on minimum account balances.

While the regulator will not interfere with the business decisions of individual institutions, “it would be a concern if a virtual bank planned to aggressively build market share at the expense of recording substantial losses in the initial years of operation without any credible plan for profitability in the medium term,” the guide said. “Predatory tactics could be detrimental to the stability of the banking sector and could undermine the confidence of the general public in the bank itself.”

The virtual banks are considered full-fledged banks that are certified to operate businesses such as accepting client deposits, providing loans and issuing checks. Virtual banks are also subject to the same set of supervisory requirements that apply to conventional banks.

Virtual banks are not expected to set up physical local branches, but they are required to maintain a physical presence in Hong Kong to communicate with the HKMA, as well as with customers to deal with their enquiries or complaints, according to the guide.

Although virtual banks could threaten the traditional banking system, they themselves are facing multiple challenges, said Carie Li, an economist at OCBC Wing Hang Bank Ltd. in a research report released Wednesday.

“Due to the high cost of attracting deposits, the profitability of virtual banks may remain subdued in the beginning years,” Li said, adding that many are also concerned about cybersecurity.

Without physical outlets, another major challenge of virtual banking is how to conduct due diligence entirely online. A person who manages a bank’s retail business told Caixin that many banks in Hong Kong require clients to submit documents in person in the “know your customer” (KYC) process, reducing the risk of fraud.

In addition, traditional banks have many long-term clients. Even if there are virtual banks in the market, clients may not immediately leave the traditional banks, Gary Ng, partner in the risk assurance practice of PwC Hong Kong, told Caixin in an interview in March. He also said that virtual banks may not have much of an impact on Hong Kong’s banking industry in the short term.

However, traditional banks are also trying to catch up with the online banking wave. Many have included digitalization in their 2019 business strategies, with plans to move ahead on e-KYC systems, Ng said.