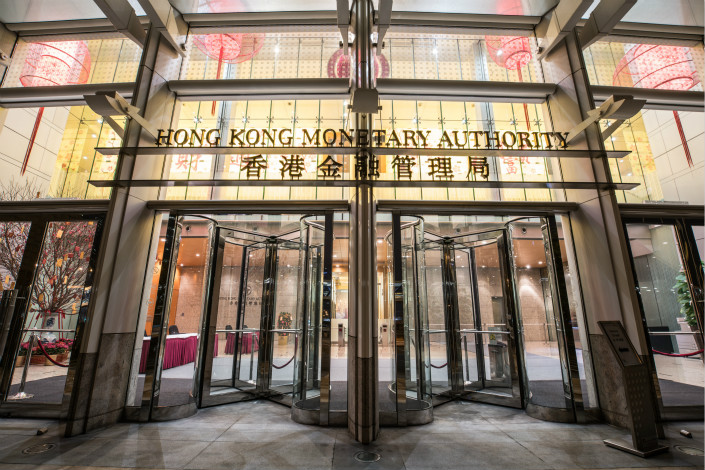 A view of the Hong Kong Monetary Authority's headquarters. The region's de-facto central bank said it welcomes the establishment of virtual banks and hopes they will widen access to financial services, particularly to small companies and individuals. Photo: IC

Hong Kong has taken another step toward allowing internet-only banks with the release of draft guidelines that would allow non-financial technology companies to compete with traditional bricks-and-mortar lenders.

The Hong Kong Monetary Authority (HKMA), the territory's de-facto central bank, issued proposals regarding so-called virtual banks on Tuesday for public consultation, saying that it welcomed their establishment and hoped they would widen access to financial services, particularly to small companies and individuals.

HKMA “believes that the development of virtual banks will promote fintech and innovation in Hong Kong and offer a new kind of customer experience,” it said in a statement. “In addition, virtual banks can help promote financial inclusion as they normally target the retail segment, including the small and medium-sized enterprises (SMEs).”

The authority set out a list of requirements for applicants, including minimum capital of HK$300 million ($38.4 million), the same as for conventional lenders. A virtual bank must be at least 50% owned by a well-established bank or other supervised financial institution with appropriate experience, indicating that if e-commerce giants such as Alibaba or Tencent want to get into the market they may have to do so through a joint venture.

“The ownership of virtual banks is particularly important because they are usually new ventures which could be subject to higher risks in the initial years of operation and it is essential that there should be a strong parent behind to provide guidance and financial support,” the HKMA said. The parent bank should also be prepared to provide additional capital or liquidity support when needed.

Virtual banks will not be allowed to set minimum balances for account holders or charge fees for low balances and must provide at least one physical customer support center. They will also need to provide an exit plan so that they can unwind their businesses in an orderly manner if they are forced to close.

Current regulations only allow banks or non-bank financial institutions to operate online banking businesses as part of their existing operations, but the new guidelines will open the market to technology companies. More than 10 institutions have already showed interest in setting up a virtual bank, half of which are technology firms, Arthur Yuen, HKMA's deputy chief executive, said at a briefing on Tuesday. The lower costs of operating a virtual bank could make microloans of several thousand Hong Kong dollars possible.

Hong Kong has been slow to adapt to the fast-growing digital banking industry — it first put forward proposals to allow virtual banks back in 2000 when the Monetary Authority issued a guideline paper on the industry. The latest draft guidelines will be open to public comment until March 15 and the HKMA said it will issue final regulations in May.