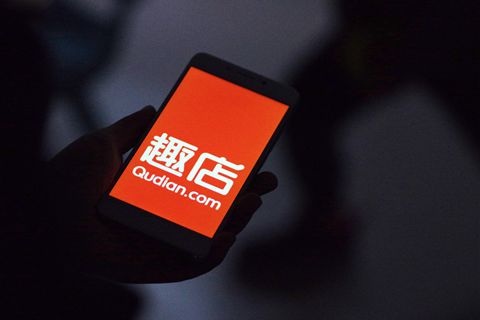 Chinese online credit service provider Qudian has steered into auto-purchase financing, expanding its business focus after the government ratcheted up scrutiny of the microloan sector.

Luo Min, the founder and chief executive of Qudian, told the news media on Tuesday that Dabai Auto will pay more attention to building offline assets. It plans to open more than 150 brick-and-mortar shops, mainly in smaller cities and counties that aren’t covered by official auto dealers, Luo said.

The company will mainly offer financing services for budget cars priced below 120,000 yuan ($18,600) and will allow buyers to pay in installments over three to four years, Luo said.

The company is applying for an auto financing business license from the China Banking Regulatory Commission, Luo said.

Dabai Auto is operated by Xiamen Qudian Financial Leasing Co., which was registered in April 2017 with $200 million in registered capital and is controlled by Luo, business registration documents show.

Qudian’s foray into the auto financing market may benefit from some of its major investors. Li Xiang, one of the earliest investors of Qudian, is the founder and CEO of Autohome Inc., a leading car-buying portal. Ant Financial Services Group, which owns 12% of Qudian, has also tapped into the auto purchase business by investing in used-car trading platform souche.com.

“The market is huge and all the existing companies only meet less than 1% (of the market demand),” Luo said.

Luo said he expects the new initiative to become another pillar of Qudian’s business outside its existing online consumer loan services — small, unsecured loans with periods of six months or less targeting people with limited access to credit services.

Along with a large number of online microlenders, Qudian was hit by a regulatory storm that got underway late last year. Authorities stepped up oversight of the burgeoning market amid concerns about unregulated lending activities and financial risks.

Amid the regulatory clampdown, the shares of Qudian have tumbled sharply since its $900 million initial public offering in October. The company’s market cap totaled $4 billion last Friday, down 64% from the day of its debut.

In December, Qudian was further rocked by lawsuits accusing it of false and misleading information in its IPO documents.

At the Tuesday meeting with media, Qudian’s Luo apologized for not communicating with the public regarding controversies surrounding the company. “It is an obvious mistake,” said Luo, who has declined all media interview requests since November.

Without elaborating on details of changes in Qudian’s microloan business, Luo said the company will work to comply with regulatory requirements.