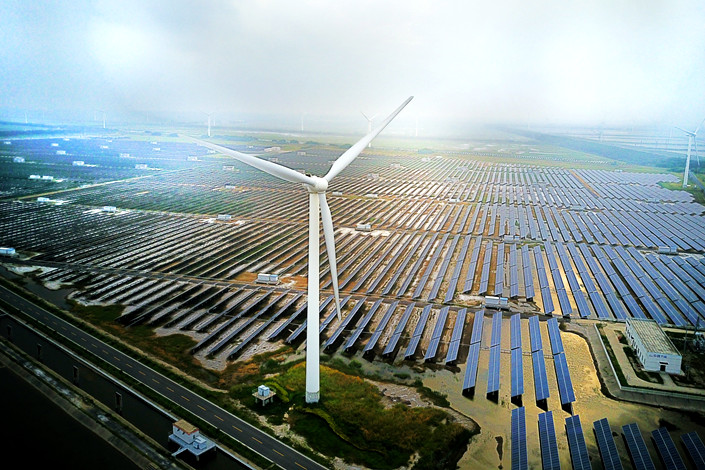 After a decade of waiting, Beijing will finally introduce a renewable energy quota system for the country’s provinces and regions as it looks to reduce pollution and stop so much of its solar, wind and hydropower going to waste.

China leads the world in solar and wind capacity, but a significant amount of the potential generation goes unused due to a lack of coordinated planning with the power grid and provincial-level governments, which are often under pressure to support other local generators such as coal plants.

Yet the era of power wastage, which is known as curtailment, may be coming to an end. A notice (link in Chinese) from the National Energy Administration (NEA) and state planner the National Development and Reform Commission (NDRC) Wednesday told local energy authorities to come up with a plan for maximizing the share of renewable electricity they consume, based on their current resources.

The notice said that the central authorities will then assess each region’s plan from the start of next year, and will set a quota for how much of the province or region’s power must come from renewable sources. The quota system will also encourage areas that are relatively renewable-energy poor to import more electricity from those with abundant supplies, such as from Sichuan province and the Xinjiang Uyghur autonomous region.

The new system aims to “promote the energy production and consumption revolution, to accelerate the construction of a clean, low-carbon, safe and efficient energy system and to promote the development and utilization of renewable energy,” according to an accompanying notice published (link in Chinese) on the NEA’s website.

The renewable quota system has been on the cards since 2009, when the NEA asked state-owned research body the China National Renewable Energy Center to propose how it could be implemented. A 2010 State Council notice then committed the country to creating the system.

Difficulties have persisted due to the fragmented nature of China’s energy system, which is composed of various stakeholders and centers of authority including the NEA and the NDRC, alongside two powerful state-owned power grid monopolies, as well as provincial authorities which are often concerned about local employment, and the power-generating companies themselves. Industry insiders say achieving consensus among so many parties has proved difficult.

That appears to be changing. Progress is being made with the country’s ambitious ultra-high voltage transmission network, allowing greater connectivity between remote sources of renewable energy and centers of high demand, Alex Liu, an equity research director focusing on renewables at UBS, recently told Caixin.

The quota system is also increasingly viable thanks to progress in increasing competition in the country’s energy market. Starting from July, solar plants will no longer sell electricity to the grid at a fixed price, but will compete in a bidding system designed to win the grid operator the lowest rates. The government is also expected to improve the mechanisms for interprovincial energy trading in the next year, helping provinces with few renewable resources to meet their renewables quota.

China wasted 2.7%, or 1.24 billion kilowatt hours (kWh), of the solar power it generated, and 4%, or 4.35 billion kWh, of wind-generated power, in the first quarter of this year. Yet this marks substantial progress, with curtailment down 1.7 percentage points and 4.5 percentage points for solar and wind respectively from a year earlier.