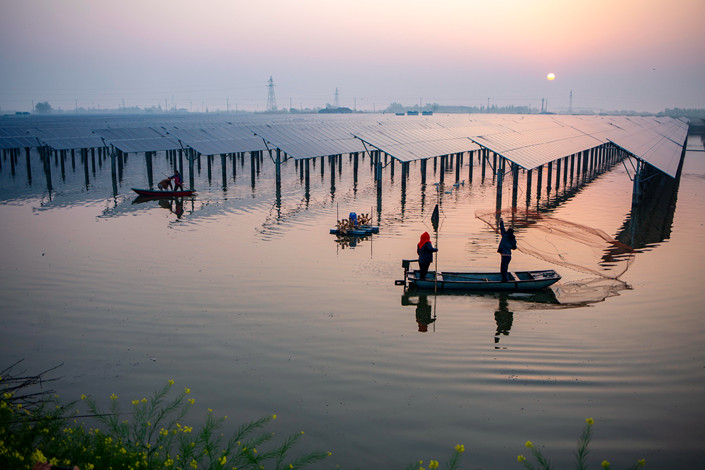 The drop in wasted electricity, which industry-types call “curtailment,” suggests that the government is coming to grips with an issue that has kept cleaner energy off the grid even as policymakers try to make renewable power a greater part of the country’s energy mix. According to its latest five-year plan, the government aims to increase the mix of nonfossil power consumption to 15% by the end of the decade.

While China leads the world in solar and wind capacity, much of the power generated has gone to waste as a lack of coordinated construction led to an overabundance of capacity in regions far from centers of power demand without adequate transmission infrastructure. Around 17.1% of total wind generated power was going to waste as of 2017, according to government statistics.

Yet the rotor may have turned. In the first quarter of 2019 China wasted 2.7%, or 1.24 billion kilowatt hours (kWh), of the solar power it generated, and 4%, or 4.35 billion kWh, of wind-generated power, the National Energy Administration (NEA) said in a press conference Thursday. This marks major progress, with curtailment down 1.7 percentage points and 4.5 percentage points from the same figures a year earlier.

A major challenge with renewables curtailment is that most of the country’s wind and solar potential is located in western areas such as the Xinjiang Uygur and Inner Mongolia autonomous regions, as well as Gansu province, far away from the heavily populated and energy hungry eastern regions of the country. Yet the most recent statistics suggest that the government is getting to grips with the issue, with curtailment in these three areas down 15.2%, 9.5% and 7.4% year-on-year respectively.

Reduced curtailment was partly down to rising energy demand, according to Alex Liu, an equity research director focusing on renewables at UBS. Electricity consumption was up 5.5% in the first quarter of this year, according to data from the China Electricity Council (CEC). “A major reason is that coal power is giving way for renewables as the government pushes the latter to take a greater share of the country’s energy mix,” Liu said.

“Renewable energy is becoming much cheaper, even more so in coal in some regions, which is incentivizing greater connections to the power grid,” Liu said. At the end of last year a 500 megawatt solar farm was connected to the grid in Northwest China’s Qinghai province, supplying electricity at 0.316 yuan ($0.04) per kWh, cheaper than the 0.325 yuan per KWh benchmark for coal. The NEA is prioritizing solar and wind projects that can go toe-to-toe with coal and other forms of generation without subsidies, according to draft policy documents released earlier this month.

According to UBS’s data, around 15% of China’s coal fleet is already 20 years old and therefore close to retirement. This should give more room for renewables as older capacity is closed, Liu said. However, in March the CEC proposed increasing China’s coal power cap to 1,300 gigawatts (GW) by 2030, up 290 GW from current levels.