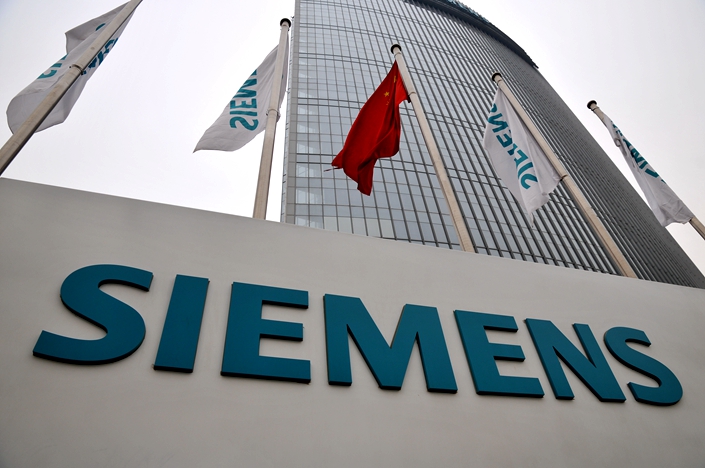 Siemens announced Wednesday that the R&D center, to open next week in Western China’s Chengdu city, will provide services for its MindSphere digital platform in China, where it uses the infrastructure of Alibaba Cloud, Chinese tech giant Alibaba’s cloud computing arm.

By analyzing data from sensors placed on machinery, MindSphere is intended to interpret how equipment failures occur, with a view to predicting them before they happen in order to increase production efficiency.

MindSphere is already offered through the Amazon Web Services and Microsoft Azure online platforms to industrial customers elsewhere in the world. The Chengdu center will introduce some of its services to the platform in China, said Fan Yangguo, a manager of the digital factory division of Siemens China.

On the cloud-based platform, industrial customers can download and use industry-related applications in a similar way as downloading apps with a smartphone.

Stephen Bashada, executive vice president and general manager of cloud and data services of Siemens, said the company’s strategy is to lure more app developers by signing some big company clients. Nearly 10 corporate clients such as Volkswagen AG have signed on to the digital platform in the year and a half since it launched, and 200 apps have been created, he said.

MindSphere provides all of Siemens’ industrial apps. The software business has been a new focus of the company in recent years, as the giant rose to fame on selling automatic equipment and other industrial devices.

Roland Busch, chief technology officer at Siemens, told Caixin that despite revenue of its software business only accounting for about 5% of the company’s total annual revenue in recent years at around 4.5 billion euros ($5.04 billion), software sales were expected to grow rapidly.

The company has been competing with rivals including Switzerland’s ABB, which started offering its services in the Chinese market in mid-2017.

Siemens also announced it will build its first artificial intelligence lab outside of Germany in Beijing to offer consulting and other services for its clients.