By Timmy Shen and Yue Yue 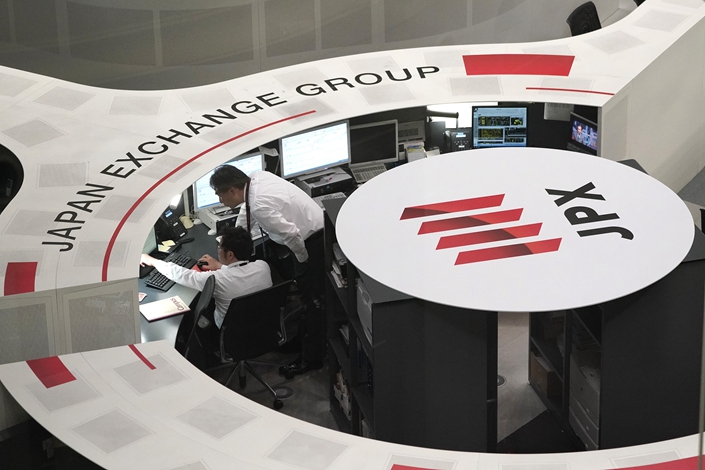 China and Japan are making it easier for investors to put money into each other’s stock markets through exchange-traded funds (ETFs), with the two countries approving six such funds.

The approvals mark the latest effort by Asia’s two largest economies to speed up mutual access to each other’s stock markets as the two countries seek to improve their often frosty relationship.

The China Securities Regulatory Commission has approved four cross-border ETFs that will invest in Japanese ETFs that track Japan’s stock indexes, according to its statement (link in Chinese) released on Friday. It has yet to announce when the funds will be available to investors.

Tokyo Stock Exchange Inc. has also approved two ETFs, which will buy shares in Chinese ETFs that invest in Chinese stock indexes, according to separate statements it released on Wednesday and Thursday. The Japanese ETFs will be listed on the exchange on June 25.

China and Japan are implementing a pact on financial cooperation called the ETF Connectivity agreement. The agreement was signed last month by the Shanghai Stock Exchange and Japan Exchange Group Inc., parent of the Tokyo Stock Exchange.

Under the agreement, Chinese fund managers can set up cross-border ETFs to invest in ETFs in Japan that track local stock indexes. The investment can be made through China’s Qualified Domestic Institutional Investor (QDII) program — which was launched in 2006 and allows Chinese companies to invest in offshore securities. Likewise, Japanese fund firms will be allowed to make the same kind of investment in China through China’s Qualified Foreign Institutional Investor (QFII) program — which was launched in 2002 and allows overseas investors to buy onshore securities.

As of April 29, China Southern, HuaAn, E Fund, and China Asset Management each had a QDII quota (link in Chinese) of $2.75 billion, $1.35 billion, $2.85 billion and $3.65 billion, respectively, according to data from the State Administration of Foreign Exchange (SAFE). Mitsubishi UFJ Kokusai and Asset Management One had a QFII quota (link in Chinese) of $300 million and $500 million, respectively.

China and Japan’s relationship has improved since last year, which marked the 40th anniversary of their peace and friendship treaty. In May 2018, Chinese Premier Li Keqiang went to Tokyo for a visit that marked the first high-level exchange between the two countries in seven years. During the trip, the Chinese government granted Japanese investors a combined quota of 200 billion yuan ($31.40 billion) for its yuan-denominated QFII program.

In recent years, the Chinese government has introduced numerous measures to make the country’s financial markets more accessible to foreign investors. In January, SAFE doubled the total limit on investment for participants in the QFII program to $300 billion.