Editorial: China Must Overcome Global Challenges With Openness, Not Populism 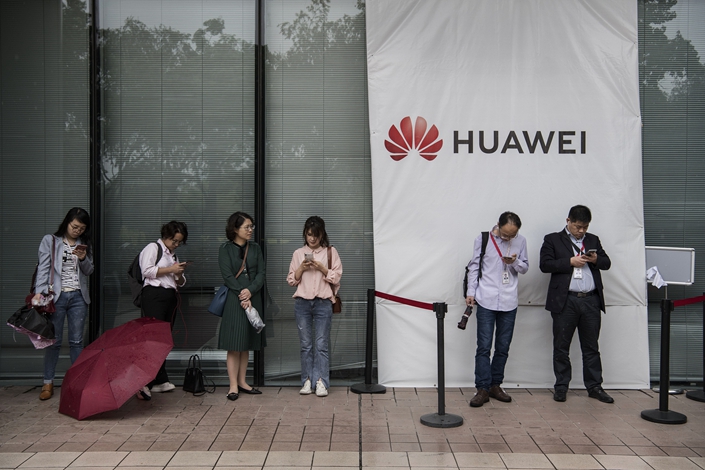 How did Huawei respond to the U.S. government’s technology export ban? Ren Zhengfei, founder and CEO of Huawei, has appeared confident and willing to face challenges directly in recent media interviews. Most notably, he has demonstrated a consistent attitude of continuing to support international cooperation and opposing populism. He has advocated “embracing the world.” It is extremely difficult to remain so rational and calm when faced with such pressure. But this must be how other Chinese companies, citizens and government departments cope with increasingly intense international economic and trade conflicts.

Ren’s voicing of support for internationalization is not an empty gesture. It reflects Huawei’s long-standing practice. Around half of its sales revenue and profits come from overseas markets. Today, Huawei has become the world's largest telecommunications-equipment supplier, and the world's second-largest mobile-phone manufacturer. It’s also striving for a leading position in the 5G market. Ren has expressed special gratitude to American companies, saying that in the past 30 years, American companies have “taught us how to walk.” This is based in fact. It can be said that, without internationalization, there would be no Huawei today. If Huawei wants to survive this difficult time and resume development, it must still follow the path of internationalization.

Huawei is already deeply embedded in the international supply chain. Approximately 30% of the parts in its products come from the United States. Some people only see the “dependency” aspect of this arrangement. But integration into the global supply chain also protects Huawei. The increasingly close-knit international supply chain has made businesses from all countries integral to each other. As Ren said, “the friendship between us and American companies was formed over decades, and cannot be destroyed by a piece of paper.” The U.S. ban will not hit just Huawei. While some international competitors may celebrate, Qualcomm, Google, Apple and other U.S. industry giants will be affected. In a certain sense, they are comrades-in-arms who share the fate of Huawei, and will not remain passive on the issue.

Huawei's “back-up” plan reflects the entrepreneurs’ farsightedness. However, this does not mean that Huawei needs to make up for shortcomings in all areas. Huawei's current overriding strategic goal is to maintain its leading position in the field of 5G, and all its resource allocation choices must be made with this goal in mind. It is a wise choice to make full use of both domestic and foreign resources and markets. Ren said that while the company was capable of manufacturing all high-end chips on its own, it would “always need American chips” — this is the justification. It is neither possible nor necessary to completely replace imports.

One issue that can’t be avoided when seeking international cooperation is the idea of “independent innovation.” Ren said, “If ‘independent innovation’ is a kind of attitude, I support it; if it is an action, I oppose it.” How should we understand Ren’s wording? Be it on the micro-level of one person or one enterprise, or on a scale as large as a nation, the spirit of bold and independent innovation must be pursued. However, many people understand “independent innovation” as “closed innovation,” which leads their actions in the wrong direction. This kind of absolutist thinking has deep roots. It originated in the traditional belief that the vast “middle kingdom” has no need for anything imported from outside its borders. It is also related to the excessive emphasis on self-reliance during the planned-economy era. This flame has continued to burn even though it is no longer needed, and must be guarded against.

If Chinese enterprises want to “go out” into the global market and promote the Belt and Road Initiative, they must promote the principles of international cooperation. Huawei is unique in its development, strategy and corporation governance. However, other Chinese companies should take heed of Huawei’s worldview and open-mindedness. Whether a company grows narrowly in isolation, or if it grows in tandem with foreign companies, different choices will lead to very different consequences.

Enterprises can’t “go out” without strong government backing, and the Chinese government has the responsibility to fight for the legitimate rights and interests for domestic enterprises such as Huawei in the international arena. But, more importantly, the key to building rule of law in China, improving the market-based economic system, and creating a level playing field for domestic and foreign-funded enterprises is to clarify the boundary between the government and the market. In this way, although it is impossible to completely prevent individual countries from criticizing Chinese enterprises, these companies will be able to stand tall and speak with more confidence on the international market. They will also have more dignity and receive greater sympathy from the international community.

Ren repeatedly emphasized the importance of basic research and basic education in interviews with the press. At Huawei, there are thousands of scientists in the fields of mathematics, physics, and chemistry. It should be said that Huawei did what the government should have done in the first place. The Chinese government is paying more and more attention to basic research, but its investment in this area still doesn’t match China's current economic strength, international status and development potential. This issue is not irrelevant to the internationalization of companies. Due to its external characteristics, basic research is a typical example of “market failure.” Government support and leadership in basic research can create a base of public knowledge for enterprises to compete in the international market, while greatly reducing their research and development costs, and improving quality of their workforce. To achieve this, the government needs to continue reforming the institutions and mechanisms of education and scientific research, and optimize policies related to areas including household registration, taxation, education, medical care, and housing. The government must use a variety of methods to attract international talents in the fields of science, technology and education, genuinely respect scholarship, and create a free and open academic environment, to improve the country’s cultural and scientific standards.

Ren warned that “the flames of populism must not be fanned. This is harmful to the country.” The good news is that the Chinese public's reaction to the Huawei incident has been rational so far, indicating that the national mentality is becoming more mature. However, some media outlets and individuals have made slanderous comments of their own accord, causing significant confusion. This actually creates trouble for the Chinese government and the affected businesses, giving them less room to maneuver. The relevant departments should not allow these media outlets and individuals to continue this behavior.

Globalization has suffered setbacks since the global financial crisis, while trade protectionism and populism have risen. These often take on the guise of moral concepts like equality and patriotism, and have the power to incite action. Even developed countries have not been spared. How can China respond to this trend? When international relations are not strained, it may be easy to reciprocate the goodwill of others. However, when countries are fighting for space at the summit of the global order and neither is prepared to concede an inch, with the future of China’s development at stake, populism is exactly the trap certain international politicians have laid in order to contain China. Ren and Huawei have avoided this trap with their reasonable responses. The Chinese government and the Chinese public must have the same courage and wisdom.