By Qing Ying and Tang Ziyi 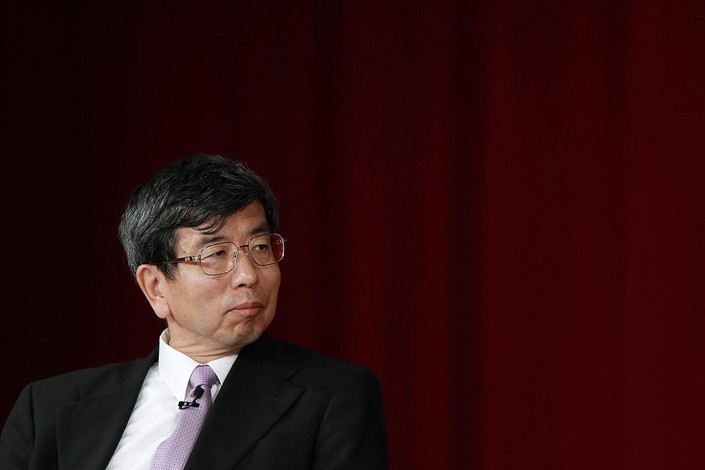 The Asian Development Bank (ADB) has no intention of immediately cutting off China from its financial aid programs because there are still benefits to engaging with the world’s second-largest economy, ADB President Takehiko Nakao said.

Nakao’s remarks came after Japanese Finance Minister Taro Aso in early May called on the Philippines-based development bank to reduce favorable lending to countries that have grown to the point that they longer need financial aid. Some saw the statement as a dig against China.

The ADB, which has had a Japanese president since it was established in 1966, offers loans and technological aid to Asia-Pacific countries to reduce poverty in the region. China received 12% of $21.6 billion in loans and grants that the ADB handed out in 2018.

“It’s not the timing to discuss concretely the probability of graduation of China (from aid programs). That would be discussed in the future,” said Nakao on Tuesday at a press conference in Beijing that concluded a three-day visit to China.

“I understand the government of Japan is not asking ADB to make China graduate … because there are many merits of continued engagement through lending for ADB and World Bank.”

Nakao said the ADB will limit the amount of money it lends to China, and will focus more on supporting “value added” projects related to climate change and the environment that aim at improving regional and global development in the future.

Amid the intensifying Sino-U.S. trade war, some fear that the Chinese economy has weakened in the wake of rising tariffs and technology-component bans.

The trade war might also help the economies of certain Asian countries such as Vietnam and Indonesia, which benefit from companies switching production from China, he said. However, an extended trade war will dent industry and consumer confidence across Asia, Nakao said.