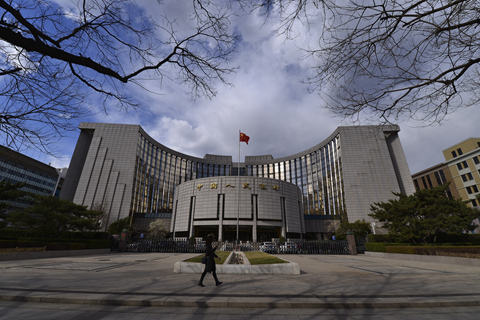 China’s central bank has set up a company to manage a 100 billion-yuan ($14.5 billion) fund to protect depositors’ savings at financial institutions.

Huang Xiaolong, deputy head of the financial stability bureau of the People’s Bank of China, acts as the legal representative and executive director of the company.

The central bank speeded up the establishment of the deposit insurance fund manager partly due to the Baoshang Bank situation, Caixin learned.

The small, private bank is part of the business empire of fallen tycoon Xiao Jianhua, who is under investigation on corruption allegations.

The PBOC and the China Banking and Insurance Regulatory Commission said the takeover reflected a “severe credit risk” posed by the bank and was intended to protect the interests of the bank’s depositors and other clients. During the one-year takeover, principle and interest on personal savings accounts in the bank will be fully guaranteed, the regulator said.

The central bank established the deposit insurance fund in 2015 and has since collected insurance premiums from depository financial institutions.

The fund would be used to repay a member financial institution’s debt if it became insolvent. Depositors could receive up to 500,000 yuan each in compensation if a bank went under, according to the rules of the deposit insurance plan approved by the State Council in 2015.

The fund amounted to 100 billion yuan by the end of 2018, according to the PBOC’s financial stability bureau. But not a penny from the fund has been used so far, an official at the central bank told Caixin.

There hadn’t been an independent entity to manage the fund until now. A person close to the central bank previously told Caixin that the PBOC expected to establish such an entity when the fund grew to 200 billion yuan.

The deposit insurance fund could inject capital into Baoshang Bank, acquire liabilities of the bank and explore a market-based financial risk disposal mechanism, people close to the matter told Caixin.

The 2015 rules granted the deposit insurance fund management agency the power of early correction and risk disposal, but the rules didn’t clarify what triggers risk disposal and didn’t specify the role of the agency in taking over failed lenders.

During this year’s annual meeting of legislative delegates and political advisers, multiple legislators and advisers from the central bank’s system proposed speeding up the establishment of an independent deposit insurance fund manager and making the new entity play a central role in cleaning up financial institutions’ risks.