Exclusive: No More Than 2 Winners in Gree Electric Stake Sale 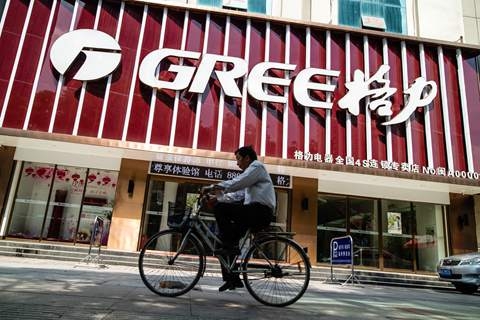 The Zhuhai government has high hopes for the Gree equity sale. Photo: VCG

No more than two of the at least 25 potential bidders for a 15% stake in Gree Electric Appliances will be selected, and they must be acting in concert, a person close to the local Zhuhai city government told Caixin. Domestic investors are preferred, and speculators and other appliance makers need not apply, the source said.

In setting initial screening conditions for the equity sale in the state-backed home appliances giant, the State-owned Assets Supervision and Administration Commission of Zhuhai in southern Guangdong province ruled that financial investors and hostile bidders would be excluded, the person said. Limiting the winning bidders to at most two companies aims to avoid the risk of multiple shareholders fighting for control, the person close to the Zhuhai government said.

The Zhuhai government has high hopes for the Gree equity sale. The deal could amount to more than 40 billion yuan ($5.79 billion), based on Gree Electric’s current market value. But Zhuhai’s state-owned assets regulator considers the sale not as a simple asset transaction and aims to seek a partner that can help introduce advanced technology to the city’s leading manufacturer.

“Gree has become the ambassador for Zhuhai,” the person close to the government said, “The Zhuhai State-owned Assets Supervision and Administration Commission will be selective in screening the background of the potential buyers. Not everyone interested can come in.”

Going it alone, the company has faced headwinds in trying to diversify. In recent years, it has tested the waters in fields including mobile phones, automobiles and chips, without success. Gree’s main air conditioner business dominates the domestic market with a 35% market share, according to Euromonitor International. But that is down from about 40% in 2013 in the face of intensifying competition from rivals such as Haier Electronics Group and Medea Group.

According to the current timetable, the bidding process will officially start in July, Caixin learned.

Gree currently has a relatively dispersed ownership structure. Zhuhai Gree Group, controlled by the Zhuhai SASAC and the seller of the 15% stake, is the biggest shareholder with 18.22%. Hong Kong Exchanges and Clearing Ltd. (HKEX), the parent company of the Hong Kong Stock Exchange, owns 11.64%, and Hebei Jinghai Guarantee Investment Co. Ltd., which controls Gree’s dealer system, has 8.91%. Other shareholders each hold less than 3%.

The state-owned assets regulator has also set limits on the exit time for strategic investors and is requiring potential buyers to submit plans for Gree’s future growth, the person said.

The source disclosed that the state-owned assets regulator prefers domestic buyers over foreign investors, meaning that Temasek has a lower chance of participating in the deal. Other appliance makers or institutions that invest in the sector will not be considered, the person said.