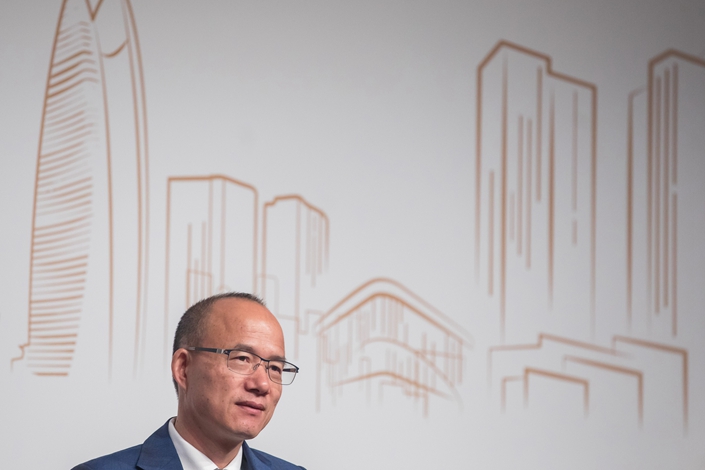 (Bloomberg) — One of China’s most acquisitive companies is easing up on investments in the U.S., a sign the escalating trade fight is damping what has been a major source of mergers and acquisition activity over the past five years.

Fosun International Ltd. is looking to limit its investments in U.S. biotech companies to mostly small stake holdings, in an effort to avoid growing American regulatory scrutiny, according to Kevin Xie, Fosun’s chief representative in the U.S. Xie said the insurance-to-pharmaceutical conglomerate, which in 2017 paid $1.1 billion for a majority stake in Indian drugmaker Gland Pharma Ltd., is shifting its focus to emerging markets.

“Trade friction has impacted our investments in the U.S., but not to the extent of stopping all deals,” Xie, who oversees the company’s health care investments outside China, said in an interview.

Fosun’s shift comes as strained relations between China and the U.S. muddies the deal-making process. The Committee on Foreign Investment in the United States (CFIUS), which screens takeovers of domestic assets for national security risks, has become more stringent under President Donald Trump. His decision this month to blacklist Huawei Technologies Co. Ltd. has added to uncertainty over whether any cross-border mergers would be approved by either side.

The worsening atmosphere may be particularly problematic for China’s pharmaceuticals industry. China has been a mainstay of recent fundraising by private biotechnology firms, with health care deals involving Chinese investors in the U.S. valued at $2.8 billion last year, compared with $702.9 million in 2017.

The Chinese government’s plans to become the global leader in medicine and other high-tech fields is setting off alarms in Washington. CFIUS has begun screening even the purchase of minority stakes in biotechnology, amid worries that Chinese investment could potentially give Beijing access to patient data that could be used to blackmail Americans.

“Companies in the U.S. still welcome investments and are willing to work with us, so we are making some changes in the wiggle room allowed under the law,” Xie said.

Fosun is part of a group of Chinese giants including HNA Group Co Ltd. and Dalian Wanda Group Co. Ltd. that went on an overseas buying binge. Under billionaire founder Guo Guangchang, Fosun and related companies have been involved in more than $22 billion of acquisitions since the beginning of 2014, according to data compiled by Bloomberg.

Many of those conglomerates have been beating a global retreat following the Chinese government’s crackdown on capital flight. But while others have been selling off assets, Fosun has managed to continue its expansion, snapping up companies ranging from French fashion house Lanvin to Brazilian brokerage Guide Investimentos. The company said it invested 28.5 billion yuan ($4.1 billion) globally in 2018.

Fosun has been pivoting to emerging markets in the past two years, beefing up local investment teams in cities from San Paulo and New Delhi to Singapore and Dubai to discover the next mega deals. Xie said his team is currently considering investing in a medical-service company in Brazil, without providing further details other than to say such asset-heavy deals can be “very big.”

“We think these emerging economies will have a growth profile similar to what China underwent in the past 15 years, and this will boost demand for everything from hospitals and clinics to insurance and labs,” Xie said.