Near Default in China Gives Bond Hedging Sellers the Jitters 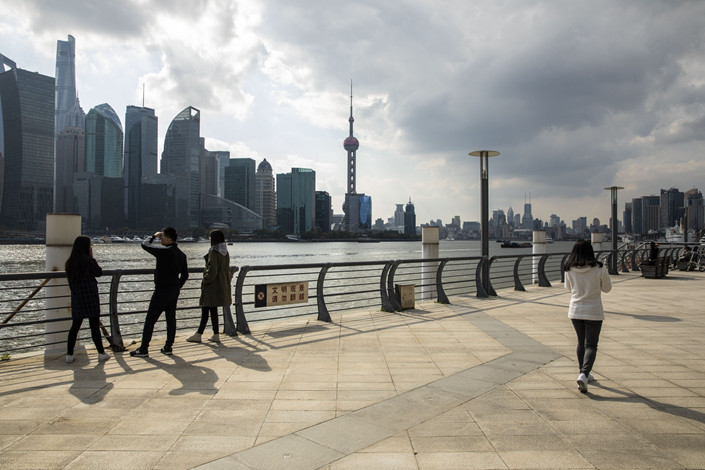 The main issue with credit risk mitigation warrants in China is the risk of pricing distortion, fueled by China’s short history of bond defaults and a lack of data on recovery rates. Photo: Bloomberg

That’s bad news for the fledgling market where issuance of the protection has already been tapering off as underwriters grow worried about heightened credit risks in the wake of record defaults. China revived CRMWs — hedging instruments similar to credit-default swaps — in October, after a two-year pause to ease financing woes among private sector firms amid a shadow-banking crackdown.

“Underwriters of CRMWs have become more aware of the risks they face after this incident,” said Yang Yewei, chief fixed-income analyst of Southwest Securities. “They are basically providing debt repayment guarantees. But the thing is — we are not only seeing high default risks, but also poor corporate governance among private sector firms.”

Chinese companies have defaulted on 43.2 billion yuan ($6.3 billion) of local bonds in the first five months, almost three times the tally in the year-earlier period, according to Bloomberg-compiled data. In contrast, the pace of CRMW issuance slowed in May with only seven transactions completed, the lowest since February.

Among the issues surrounding this instrument is the risk of pricing distortion, fueled by China’s short history of bond defaults and a lack of data on recovery rates. Li Yunfei, credit analyst of Pacific Securities Co. Ltd, expects banks to increase the fees for credit risk mitigation tools as the current rates don’t adequately cover the risks they are taking.

For example, the price of the CRMW insuring investors against default of a bond sold by cement producer Hongshi Group Co. Ltd. was 0.61% of the notional principal. That is only a quarter of that on China Grand Automotive Services Group Co. Ltd.’s note, which has the same tenor and rating.

“Risks are rising for sellers of CRMWs,” said Yang of Southwest Securities. “The willingness of financial institutions to sell such tools will largely depend on how strong policymakers are promoting them."