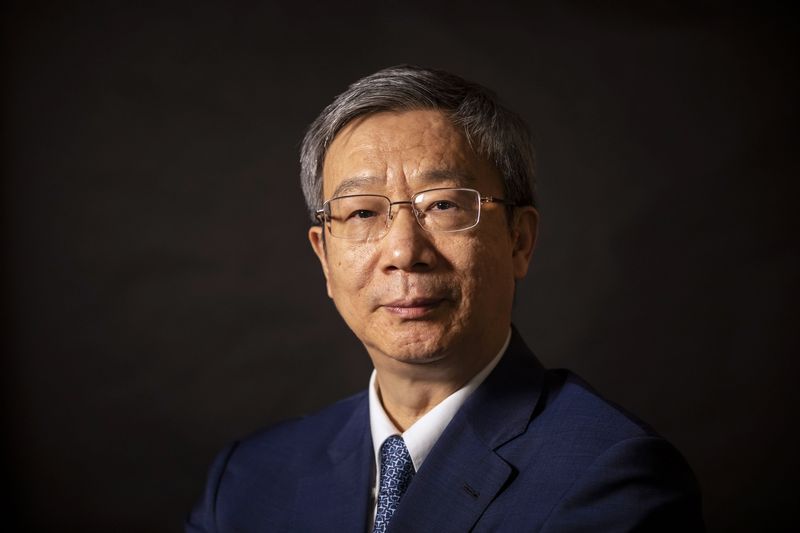 In an exclusive interview with Bloomberg in Beijing, People’s Bank of China Governor Yi Gang also signaled that he’s not wedded to defending the nation’s currency at a particular level, and stressed that the value of the yuan should be set by market forces.

Yi and U.S. officials including Treasury Secretary Steven Mnuchin are set to meet in Fukuoka, Japan, for Group of 20 meetings this weekend. The PBOC chief said it’ll be a “productive talk, as always,” though the topic of the trade war would be “uncertain and difficult.”

Central bankers in China and beyond are increasingly signaling a willingness to mitigate the economic effects of the tariff war. The Federal Reserve and European Central Bank this week sounded more open to easing monetary policy, while Australia and India cut rates. Yi said China’s monetary policy has “to be in a sober mind position,” and the policy stance is prudent.

“A little bit of flexibility of renminbi is good for the Chinese economy and for the global economy because it provides an automatic stabilizer for the economy,” he said. "The central bank of China is pretty much not intervening in the foreign-exchange market for a long time, and I hope that this situation will continue, not intervening."

The G-20 meeting takes place as the two nations escalate their trade war amid a darkening outlook for the global economy, with Citigroup Inc. and Morgan Stanley warning this week that it risks tipping the world into recession. This is the first publicly announced meeting since the trade talks fell apart last month and could pave the way for a meeting between Presidents Donald Trump and Xi Jinping, who are expected to be in Japan at the end of the month for the G-20 leaders’ summit.

Mnuchin, along with U.S. Trade Representative Robert Lighthizer, has led the U.S.-China talks while Yi has been a member of China’s delegations.

The offshore yuan tumbled as much as 0.5%, the most since May 13, before paring its loss.

The yuan has stabilized in recent weeks as authorities voiced support for the currency following a rapid sell-off that pushed it near 7 per dollar -- a level not breached since the global financial crisis. It still lost about 2.5% in May, among the worst in Asia.

Yi expanded on the PBOC’s current monetary policy settings, which officials describe as “prudent.” Economists expect the PBOC to lower reserve-requirement ratios for banks by 100 basis points by the end of 2019, while keeping benchmark interest rates unchanged, according to a Bloomberg survey in May.

“I think our benchmark interest rate right now is in right level. I would say in terms of resources allocation at this level, I call it very close to golden level,” he said.

“Looking forward, our base case is that an escalating trade war will push key gauges below the PBOC’s tolerance threshold, triggering 50 basis points of rate cuts and another 150-200 bps of reserve requirement cuts by year-end,” David Qu, an economist with Bloomberg Economics in Hong Kong, wrote in a recent report.

Yi gave no indication that the government was considering more fiscal stimulus now to counteract the effect of the trade war.

“Our fiscal policy this year is probably the largest and strongest fiscal reform package, in terms of the tax cuts, and also in terms of having more efficient fiscal resources allocation between the central government and the local government,” Yi said. “The current package is able to cover the cases where the situation is getting a little bit worse, but of course, if the situation gets tremendously worse, they will open the discussion. But right now they haven’t discussed that scenario yet.”

The government is concerned about the effect on employment from any worsening in the dispute with the U.S., with Yi suggesting there could be support such as a 100 billion yuan ($14.5 billion) for short-term vocational training programs for those who have lost jobs.