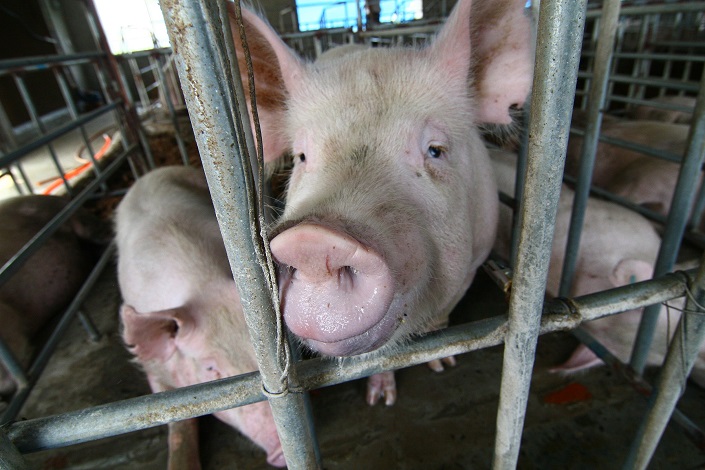 A Chinese pharmaceutical company has called its previous claim to be working on an African swine fever vaccine the result of a “typo” — after China’s agricultural ministry dismissed the “vaccine” as having “no scientific basis.”

The drama began last week, when Shenzhen-listed Guangdong Highsun Group said it was working with researchers to develop a vaccine that the company said could effectively “prevent and cure” the disease, which has ravaged China’s pork industry.

But the Ministry of Agriculture and Rural Affairs responded to Highsun’s claims with skepticism, saying the research team had failed to file applications for clinical trials of the alleged vaccine, and that there was no evidence to believe Highsun’s proposed solution would work.

On Monday, Highsun said an employee had made a “typo” when calling the drug a “vaccine” in an official announcement, and said it would like to “sincerely apologize” to any investors it had misled.

The clarification comes after the Shenzhen Stock Exchange asked Highsun to explain its research into the “vaccine,” after Highsun’s initial announcement caused its stock to surge for several days.