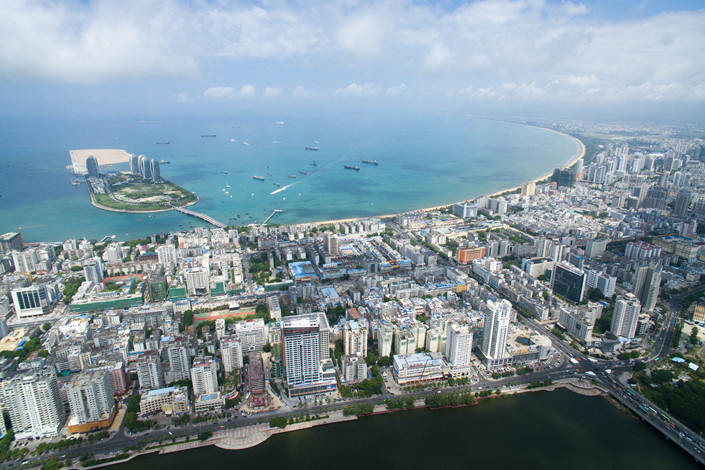 A popular hotel chain has been ordered to change its name as it appears to “worship foreign things,” as part of a national campaign against the “improper” naming of buildings and businesses.

The Vienna Hotel chain, which is owned by the country’s largest hotel group, was placed on a list of 84 “non-standard” names issued by the government of South China’s Hainan province.

Many of the names on the list are residential developments and hotels. Besides the “worship of foreign things,” the provincial civil affairs bureau said that the names must be changed because they “exaggerate,” are “strange” or are “hard to understand.”

Vienna Hotel’s parent, the state-owned Jinjiang Group, has lodged a formal objection to the bureau.

The national campaign was launched in December by a number of ministries, including the Ministry of Civil Affairs and the Ministry of Public Security, and requires all localities to rectify nonstandard place names.

Yet the rectifications have raised questions. What counts as an irregular name? Do the imprecise definitions being used mean that the campaign is too broad? How can names that have been approved by local authorities and those that were changed privately be distinguished?

According to Zheng Lei, an associate professor at the Zhengzhou University School of Law, governments at or above the county level are in charge of names in their respective regions, under regulations released by the Ministry of Civil Affairs in 1996.

For example, under Tianjin municipality’s regulations on this matter, the builder of any new or renovated construction — including residential areas, public buildings, bridges, tunnels, parks and squares — must formally submit its choice of name to the relevant authorities for approval. If the name meets the requirements, the authorities will approve it within ten working days and issue a certificate of approval.

Zheng said that the campaign should look at who is at fault in any particular case. He argued that it should focus on names which have been changed without official authorization, rather than those which have been approved by the local authorities.

The guidelines on prohibited place names come from two pieces of legislation: 1996 regulations from the Ministry of Civil Affairs, and 1986 State Council regulations, which outrank the 1996 guidelines. The State Council rules forbid using state leaders’ names as place names and also urge the avoidance of “obscure words,” names that “undermine territorial sovereignty and national dignity, have a discriminatory nature” and those that “insult the nature of the working people,” among other things. One thing added by the 1996 rules is that that places should not be named after places abroad.

Zheng said that these rules are actually not that restrictive, but that this recent campaign may be taking a rather broad interpretation. He pointed out that the implementation of the earlier guidelines was left to the discretion of localities.

“If we think that a place name is unreasonable or even illegal, we should look back to and apply the (1986 and 1996 regulations) and the provincial-level regulations and rectify where it’s appropriate,” he said. “If the laws and regulations are not subject to the same restrictions as before or the interpretation is expanded arbitrarily, it deviates from the basic requirements of following the law. This not only brings an unnecessary burden to the people but will also increase administrative costs.”

In the case of the Vienna Hotel, he said that if the name was legally approved by past administrations, “the (Vienna Hotel) has not violated the law and should not have to bear the (administrative) costs.” Instead, the government should assume responsibility, he said.