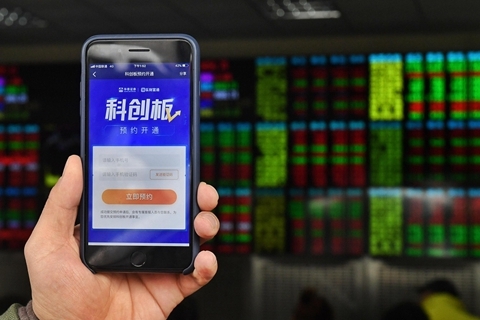 The first company to be listed on China’s new Nasdaq-style high-tech board set the timetable Wednesday for its initial public offering (IPO).

Suzhou HYC Technology, a manufacturer of display and touch testing equipment, said it would begin IPO price consultation with institutions June 21. The consultation will end June 24, and pricing will be determined June 25.

Following the price consultation, online subscription for the new shares will start June 27, and the company will release the offering results July 3, HYC said in an exchange filing.

The company plans to sell 40.1 million shares, or 10% of its total shares.

But the listing date is not yet set. Huang Hongyuan, president of the Shanghai Stock Exchange, the operator of the new board, said last week at a financial forum that the first batch of listed companies may start trading on the new board within two months.

Several mutual funds managers told Caixin that they expect the stocks of the first batch of new-board listed companies to rise initially, and they plan to subscribe online.

The new board, approved early this year, marks a major shift from China’s existing boards by using a market-based registration system for new listings, aimed a shortening the current process, which requires far more time and major regulatory vetting.

Related: Tech Board Launches, With Trading Likely to Start Within Two Months