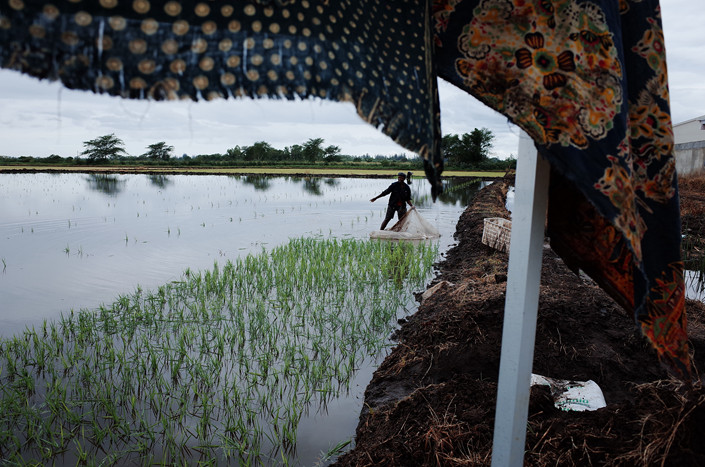 The past two decades have seen the longest period of sustained agricultural and economic growth across Africa. During this period, Africa’s agricultural output almost quadrupled, becoming critical to the future of the continent for three major reasons: it is the source of livelihood for 70% of the population — most of whom till small family farms; it contributes an average of 25% to African countries’ GDP; and growth in agriculture is 11 times more effective at reducing poverty than growth in any other sector.

To achieve agricultural transformation at scale, Africa is building partnerships across the globe as it seeks to learn lessons from those that have gone before. China has offered such lessons aplenty as it traced a similar agricultural trajectory to Africa’s.

Just like in Africa, smallholder farmers, with plots of land smaller than a hectare (2.4 acres), have been at the heart of China’s rural and agricultural development. China now ranks first in the world for the production of cereals, cotton, fruit, vegetables, meat, poultry, eggs and fishery products.

Unsurprisingly, many African countries are turning to China for lessons and partnership as they work to best to move forward their own agricultural transformation. This was to be expected. Agricultural cooperation between China and Africa has long been a founding principle of the enduring relationship between the two regions; a relationship with a long and fruitful history. Chinese partners including the government, academia, private sector and civil society through south-to-south cooperation are willing to share their experiences with Africa. It is in this spirit that China made agriculture one of its development assistance priorities at the 2018 Forum on Chinese-Africa Cooperation Summit in Beijing, laying the foundation for modern-day China-Africa cooperation in agriculture.

As a former minister of agriculture, and now as president of the Alliance for a Green Revolution for Africa (AGRA), I know how much it means to look at what has worked elsewhere and see how best to apply it in one’s situation. The Chinese government has worked with African governments to set up Agriculture Technology Demonstration Centers across more than 19 countries. When optimized, these centers along with other on-going engagements on south-south cooperation, will serve to transfer and scale suitable and nimble agricultural technologies such as small-scale machinery, farmer-led irrigation and improved seed varieties that are proving transformational. This is what we are aiming to achieve with this partnership; learn from China’s agricultural modernisation as we work to transform Africa’s agriculture.

A lot more still needs to be done to do to make the China-Africa cooperation on agriculture more inclusive, effective and sustainable. This includes through strategic planning and strengthened coordination; designing appropriate programmes and projects aligned to Africa’s priorities; providing support to policy and capability building; and strengthening linkages to the local private sector. AGRA, an African-led institution that works with its partners to give farmers access to yield increasing technologies is contributing to shaping this partnership with a view to systematically review what is appropriate and suitable for Africa while helping countries avoid known mistakes.

At the 2018 African Green Revolution Forum, a senior Chinese Ministry of Agriculture and Rural Affairs official, the Honorable Wu Hongyao, underlined the imperative to strengthen and facilitate cooperation between China and Africa for mutual benefits. This June, a number of African government officials and agriculture experts will be taking part in the first China-Africa Economic and Trade Expo, to be held in Changsha, Hunan province. AGRA, together with the Bill and Melinda Gates Foundation, are partnering with China’s Ministry of Commerce and the People's Government of Hunan to drive specific engagements and outcomes under the theme of “China-Africa Agricultural Cooperation and Development.”

This gathering is symbolic in many ways. Hunan is the birthplace of the high-yielding hybrid rice that is credited with making a considerable contribution to the nation’s food security. Africa has a lot to learn from this experience and AGRA is happy to be a partner in this process.

As in all facets of our work, this partnership will be anchored on the priorities identified by African governments through their national agriculture development plans, the continental Comprehensive Africa Agriculture Development Programme and Africa’s Vision 2063 as driven by the African Union, and on the Sustainable Development Goals. We look forward to further deepening this south-south cooperation rooted in horizontal exchange and mutual respect.

Agnes Kalibata is president of the Alliance for a Green Revolution in Africa (AGRA). She was Rwanda’s Minister of Agriculture and Animal Resources (MINAGRI) from 2008 to 2014. The article was written for the first China-Africa Economic and Trade Expo taking place in Changsha, Central China’s Hunan province, from June 27 and 29.