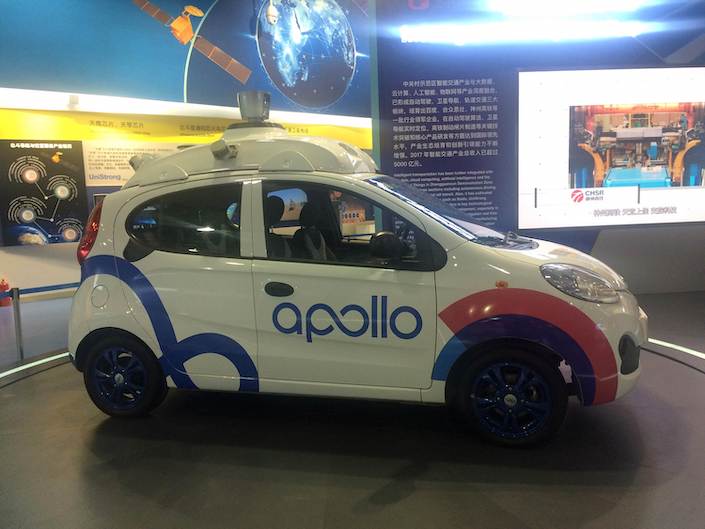 Baidu is certainly part of the internet highway. It’s also more and more part of the actual highway.

The Internet behemoth has become the first company in China to acquire license for “T4” road-tests — the country’s highest category of autonomous road tests, involving the most complicated road situations.

The company won all five licenses issued Monday by the Beijing government, an official release said. Road tests for the level require a vehicle to pass examinations in special scenarios such as in tunnels and around schools. According to Baidu, the tests for Apollo — the name for the company’s self-driving vehicle program — will begin in rural Beijing.

Baidu said in an official release that the tests will further prepare the company for the launch of autonomous taxis in Changsha, the capital city of central China’s Hunan province. Earlier this month, Baidu won 45 autonomous road-test licenses for Changsha, boosting the total number of such licenses Baidu has acquired to over 100. The company is hoping to operate pilot “Robotaxis” in the city this year.

Baidu declined to provide dates and the expected duration of the tests. It is also not clear whether the vehicles to be tested are the same that will be deployed in Changsha.

Baidu has moved swiftly into AI, as competition between Chinese internet companies has heightened and the company’s main search business has faced numerous scandals.

In May, Baidu had to remove 1.1 billion ads from its search engine that violated various regulations. In June, a regulator accused Baidu of allowing some of its apps to run what it called misleading and “vulgar” advertisements. All this came after the company’s public image took a beating in 2016, when a college student died after the company’s search engine led him to a costly and bogus experimental cancer treatment.

Related: Unicom Ties Up With Outside Investors in Autonomous Driving

A previous version of this story incorrectly described the licenses obtained by Baidu.