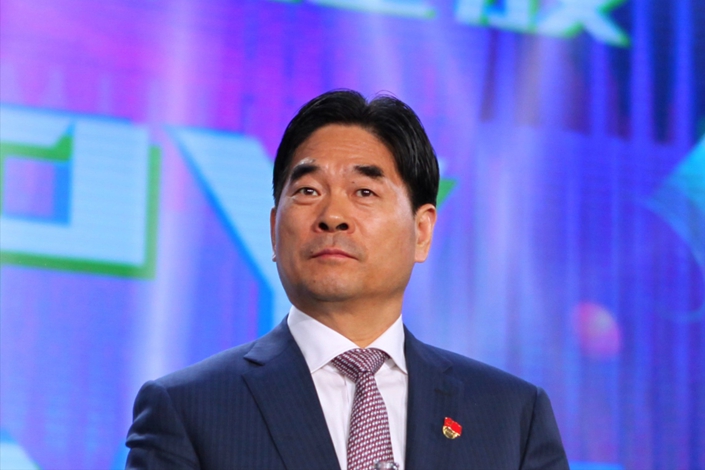 Shanghai police on Wednesday released their report on an incident that has seized China’s attention and tanked the stocks of Hong Kong-listed real estate developer Future Land Development Holdings Ltd.

The police report largely corroborated now-removed reports from Xinmin Evening News, a Communist Party-backed paper in Shanghai, which revealed the company’s chairman and founder Wang Zhenhua was being investigated for allegedly molesting a 9-year-old girl.

Several other local media reports also appeared to have been removed on Wednesday, though some remained.

As is their practice, Shanghai police did not use Wang’s full name in their report, and said only that a 57-year-old Jiangsu province man surnamed Wang was under investigation for allegedly molesting a child. They said at 10 p.m. on June 30, local police received a report from a woman surnamed Wang, who said her daughter had been taken to a Shanghai hotel from her home in neighboring Jiangsu by a woman surnamed Zhou, where the girl was molested by a man.

Police said they arrested the man on July 1, and that the woman surnamed Zhou turned herself into police the next day. The statement gave no further details on the identities of the suspects.

Late Wednesday, the company said in an exchange filing that Wang is being held in police custody for “personal reasons.” His son will replace him as company chairman, the filing said.

News of Wang’s arrest triggered an investor exodus from his real estate empire that erased more than $4 billion of market value and sent several of his companies’ dollar bonds tumbling.

At the Future Holdings headquarters in Shanghai, Caixin reporters saw multiple employees enter and exit the chairman’s office but was told that “the chairman is not here.”

Wang controls about 70% of Future Land Development Holdings Ltd., which had opened 42 shopping malls in China by the end of 2018. The company plans to increase that number to 100 by 2020.

Wang’s fortune, valued at $6.6 billion before news of his detention broke, fell to $5 billion as of Wednesday, according to the Bloomberg Billionaires Index.

A previous version of this story misstated the number of shopping malls that Future Land owns in China.