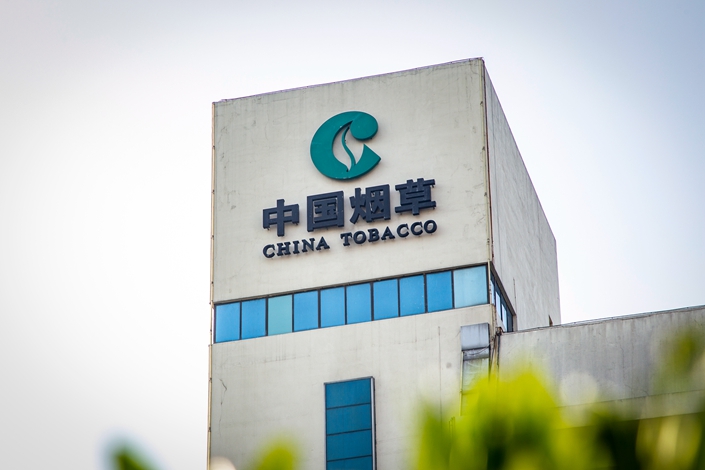 (Bloomberg) — Investors are embracing Chinese cigarette stocks with the same fervor they typically give to the country’s high-end liquor, but some analysts warn the habit may not be very healthy.

China Tobacco International (HK) Co. Ltd. had another wild day in Hong Kong trading on Wednesday as investors scrambled to get a piece of the international unit of state monopoly China National Tobacco Corp. — the biggest maker of cigarettes in the world. A 44% surge in the morning took the stock’s rally since its initial public offering last month to nearly 500%, before the day’s gains were erased.

Even with the afternoon pullback, the company is easily the best-performing IPO in Hong Kong this year, data compiled by Bloomberg show. Investors have been drawn in because of the scarcity of listed assets in China’s massive cigarette market, prompting comparisons with Kweichow Moutai Co. Ltd., one of the country’s most widely held stocks because of its highly coveted brand of premium baijiu liquor.

While some analysts and fund managers say China Tobacco deserves a premium, others warn the stock’s runup is overdone.

“The price surge is ridiculous and it just indicates the crazy and irrational investment behavior,” said Dickie Wong, executive director of research at Kingston Securities Ltd. in Hong Kong. “The current valuation is far higher than what it deserves. It’s understandable that investors bet on Chinese consumers’ love of tobacco and liquor, but we should still keep a clear mind.”

Tobacco, like liquor, is a special asset in China, and the connection between the two products is a strong one. They can even be paired as a single word — “yanjiu” — to generally describe expensive gifts, as high-end cigarettes and alcohol are often given to business partners or government officials during holidays or to seek favors.

But while investors have had access to the popular baijiu market through Moutai — which last week became the first stock in China to touch 1,000 yuan ($145) a share — access to the cigarette maker was off limits until its listing in Hong Kong.

Lü Changshun, a fund manager at Beijing Dajun Zhimeng Investment Management Co. Ltd., says China Tobacco’s rally can be justified. “I think most of the moves now are speculation, but I wouldn’t say they are completely irrational” for a unique listed asset like this, he said.

Others find the company’s valuation more problematic. At its intraday high, the stock was trading at 33 times book value. Moutai, meanwhile, has a price to book value of about 10.

“I’m not quite sure how we should properly value the stock — there are no comparable firms for reference,” said Liang Jinxin, a Shanghai-based strategist with Tianfeng Securities Co. Ltd. “Pricing the stock at 30 more times its book value is too much. It’s inflated."

The stock doesn’t give full access to China’s cigarette market. China Tobacco International accounts for a tiny portion of China Tobacco’s overall business, which has a bigger market share than the next five global tobacco companies combined. The unit is primarily responsible for procuring overseas tobacco leaf from countries like Brazil and Canada for the cigarette giant.

Investors are piling into the stock even as pressure increases on the government to curb smoking. China is the largest tobacco-consuming and -manufacturing country in the world, and critics contend the government isn’t doing enough to prevent the spread of smoking. Around 3,000 people die every day in China due to tobacco use, according to the World Health Organization.