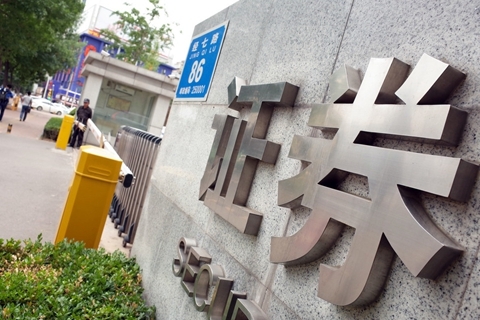 China’s securities regulator will resume approvals for the establishment of domestically funded securities firms, ending an 11-year suspension as the country seeks to empower domestic players while further opening the industry, the agency said Friday.

Since then, all newly approved brokerages were joint ventures between domestic and overseas investors including those from Hong Kong and Macao.

Chinese authorities this year announced a series of policies to liberalize the financial services industry to grant greater access to foreign investors. Earlier this week, Premier Li Keqiang said in Dalian that China will abolish caps on foreign ownership of securities, futures and life insurance firms in 2020, one year earlier than planned.

The CSRC on Friday also released a set of new rules regarding securities companies’ ownership. The rules outline more sophisticated ways to supervise securities companies by dividing brokerages into two groups based on the risk and complexity of their business and applying different requirements on their shareholders.

Securities companies engaging in brokerage, investment consulting, underwriting and sponsoring are defined as professional securities firms. Major shareholders of such institutions should have net assets of at least 200 million yuan ($29.1 million) and sound profit and business records, according to the rules.

Companies engaging in riskier and more leveraged businesses such as financial derivatives trading and stock-pledge repurchase are defined as comprehensive securities firms and subject to stricter shareholding requirements. The controlling shareholders of such institutions need to have at least 50 billion yuan of total assets and 20 billion yuan of net assets to ensure they have enough risk management capacity.

The rules also cap the holding of a single shareholder in a securities firm whose core business is not finance at 50%, citing efforts to ensure corporate governance and regulate financial market investment.

The regulator will apply close oversight of the sources of funds used to establish securities firms and will ban the use of entrusted funds and wealth management funds for such investment, said Chang Depeng, a spokesperson for CSRC, at a regular news briefing Friday.

The shareholding rules will be equally applied to both domestically and foreign funded securities companies, the CSRC said.

China currently has 131 brokerage houses in operation with 30 more awaiting approval for establishment.