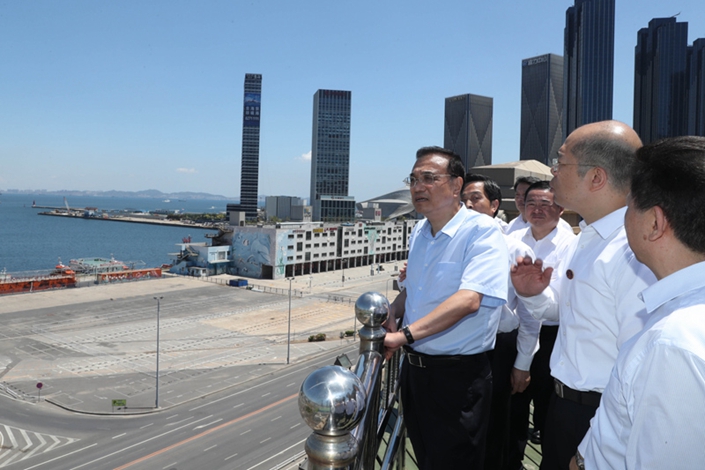 *Premier Li Keqiang said China will abolish limits on foreign ownership of securities, futures and life insurance firms in 2020, one year ahead of schedule

*At present, the limit of foreign ownership in these entities is set at 51%

The move shows that China is accelerating the pace of opening its financial sector to foreign investors, Li said at the opening session of the World Economic Forum’s Annual Meeting of the New Champions, also known as Summer Davos, in Northeast China’s port city of Dalian.

Currently, China limits foreign ownership of any domestic securities, futures or life insurance firm to 51%, according to last year’s negative list (link in Chinese) for foreign investment. The list was enacted in July 2018 by the Ministry of Commerce and the National Development and Reform Commission, the nation’s top economic planner.

The negative list, as well as this year’s updated version (link in Chinese) which was released on Sunday, both said China would scrap the 51% cap in 2021.

The Chinese government has long set restrictions for foreign investors’ shareholdings in financial firms, which analysts say aims to protect the country’s comparatively young financial industry. Yet such limits have led foreign companies to complain of an unfair playing field in the country. In November 2017, Beijing promised to loosen the restrictions during U.S. President Donald Trump’s visit to China.