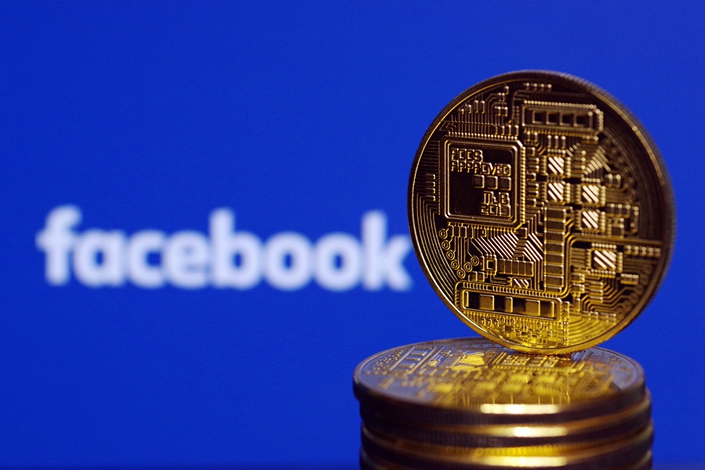 Social networking giant Facebook published a white paper in June laying out its plans for a new blockchain-based digital currency called Libra, which drew the attention of regulatory authorities around the world. Libra is being presented as a stable currency tied to a basket of real assets with low volatility. But it raises important questions: What kind of influence it might have on monetary policy, macroprudential management, and the technological roadmap of digital currencies?

According to the white paper, Libra will be backed by a reserve of real assets including bank deposits and short-term government securities. Interest earned on the reserve assets will be used to “cover the costs of the system, ensure low transaction fees, pay dividends to investors who provide capital to jumpstart the ecosystem, and support further growth and adoption.” This structure is similar to a money market fund or a shadow bank, and also has a relatively high profit requirement.

To date, Facebook has not addressed the issue of licenses, insisting that it doesn’t need a license to operate the currency and that if licenses are needed they should be obtained by the institutions who are partners in the project. In addition, although Calibra, Facebook’s new subsidiary that will manage Libra’s digital wallet, has registered as a money services business, it does not fulfill the criteria of a shadow bank and consequently central banks or licensed institutions will have to act as custodians for its assets.

Central banks generally offer low or zero interest rates, so it would be hard for Libra to achieve the level of profitability it needs. Consequently financial institutions are more likely to become the custodians of its reserve assets which will be included on their balance sheets. But although these funds would be invested in stable, low-risk assets rather than actively managed, there are risks that such assets could fall in value which in turn would cause the currency to depreciate.

Libra won’t be pegged to one specific fiat currency, but will be backed by a basket of assets with low volatility, such as bank deposits and short-term government securities in the currencies of countries with stable and reputable central banks. This may require international institutions, such as the International Monetary Fund, to control Libra’s circulation and monitor currency exchange rates. Otherwise, this could lead to exchange rate arbitrage, where countries compete to print money to exchange into Libra.

Facebook has emphasized that Libra will promote financial inclusion and that it aims to be a stable currency, so its target audience is developing economies with volatile currencies. However, if Libra really does offer more stability, locals will be attracted to it and shift out of their own currencies, which would put pressure on those currencies to depreciate and may lead to a deterioration in local people’s own economic conditions.

Therefore, for an economy with an unstable currency, it will lead to exchange rate risk. In addition to the need for supervision of exchange rates, central banks whose currencies are used to hold Libra’s assets will inevitably need to set up a clearing mechanism if a peg to a basket of currencies is to be realized.

The Libra Association will act pretty much like a central bank, responsible for the issuance and liquidity of Libra. Authorized non-bank dealers will be responsible for buying and selling to the association on a trading platform, and also selling to the public, giving them the status of market-makers offering spreads and turning a profit. However, Facebook’s white paper doesn’t specify what these dealers’ duties and responsibilities would be in the event of a deterioration in market liquidity. However, based on the experience of similar markets, when liquidity tightens, market-makers don’t generally take positions, which means that such an arrangement of relying on third parties to make a market is very risky. There are also questions outstanding about whether the governance of the Libra Association can be fair and just.

Libra asks users and participating institutions to abide by the “Know Your Customer” rule and delegates the responsibility of combating money laundering and terrorist financing to them. But at the same time, it wants to provide user anonymity by allowing multiple addresses for a single user. Although Libra will start as a permissioned blockchain, Facebook wants the network to become a permissionless network, a transition that will begin within five years of its launch. But this complex technology and the legal and organizational arrangements mean that Libra and Calibra could in reality take in deposits, initiate payments, and manage assets without having to bear any of those responsibilities itself.

Meanwhile, even though Libra has repeatedly emphasized the protection of user privacy, its users pretty much overlap with users of Facebook or WhatsApp. Facebook has promised not to obtain data from Calibra, but it didn’t say that it wouldn’t provide data to Calibra. Consequently, doubts remain about whether Libra will really ensure anonymity.

We downloaded Libra’s code and ran a series of tests. We encountered many problems that indicate Libra is still in its early stages and the quality of the code is unstable. Many of Libra’s technical details are not disclosed. Libra has proposed a five-year plan to transition from permissioned to permissionless blockchain but it’s difficult to predict this timetable.

Although Libra claims to adopt blockchain technology, the published achieved transactions per second of 1000 isn’t high enough to support the huge demand for concurrent payments in the retail market. To directly meet real-time transaction demand, Libra would have to be combined with centralized processing.

There are also doubts about whether Libra will adopt true blockchain technology. In the short term, Libra does not need to use blockchain, but doing so would improve the cryptocurrency industry’s opinion of, and confidence in, its technology, while also attracting the attention of investors. We believe that Libra will take the path of a layered hybrid technology that combines a centralized distributed processing architecture with blockchain technology.

To sum up, Libra is creating a convertible digital currency that flows freely across borders. The emergence and development of such a stablecoin, whether from the perspective of monetary policy implementation or macroprudential management, cannot take place without the support and supervision of central banks and incorporated into their regulatory frameworks. At the same time, taking into account the cross-border use of such digital currencies, we must prevent them from becoming monopolies. All of this requires supervision and cooperation of central banks and international organizations, something that may even lead to the emergence of an international central bank.

Mu Changchun is a deputy director-general of the People’s Bank of China’s Payment and Settlement Department.

The original article (link in Chinese) was published in Caixin on July 6.